As we come toward the end of Stoddard- Hamilton’s 20th year anniversary, l thought it would be appropriate to mention our 20 year old Glasair I. N89SH has received a large amount of press coverage in its day. This was the first Glasair demonstrator and was first shown as a taildragger. I am rather partial to this plane as I built kit number 334 which was a taildragger. My plane flew July of 1989, I sold it last summer after placing 830 hours on it. I really loved that plane and I loved the tail wheel. I regret the day I sold it—I think I just had a brain lapse that day. It is like selling a child. As I left the airport I actually cried!

I think what caused some of this brain lapse was the fact that I am fortunate enough to fly some of the greatest aircraft that are flying today. Just this last Friday I did another first flight of a Glasair III which was Jeff Lavelle’s here at Arlington. The plane was incredible! OK, I am getting a little off track here. Anyway, flying all these neat aircraft made me think that it was time to sell my old Glasair I. 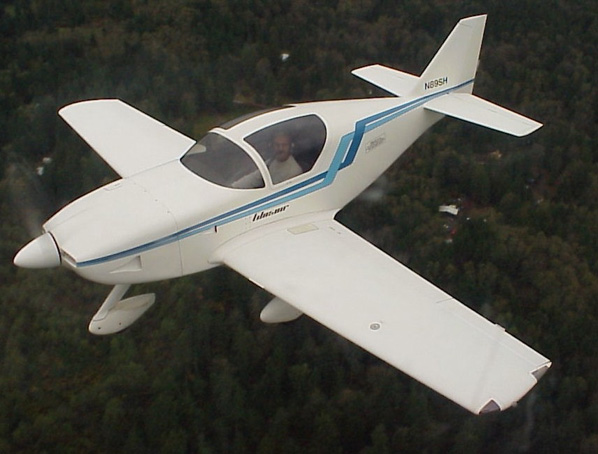 I am sure pleased we have N89SH sitting out in our hangar. This plane now mainly serves as a company toy. If you want to go play at lunchtime or fly over to Grandma’s this is the plane we would want our employees to take. I must admit there are times when I go out for an attitude adjustment flight. When I walk into the hanger I see the Glasair II and III and the GlaStar and decide which one to take. Then, over there in the corner I see the adjustment also. (It must have been a bad day). We then met up for some formation flight. This is really a great amount of fun.

I do miss the Glasair I and I am very thankful to have the Stoddard-Hamilton, Glasair I to go play with. I know I have at least 2 more Glasair III first flights to do in the next few months. Soon I will be getting excited about Reno again, however, I am sure there will be days when I still have the urge to go out and fly the Glasair I.