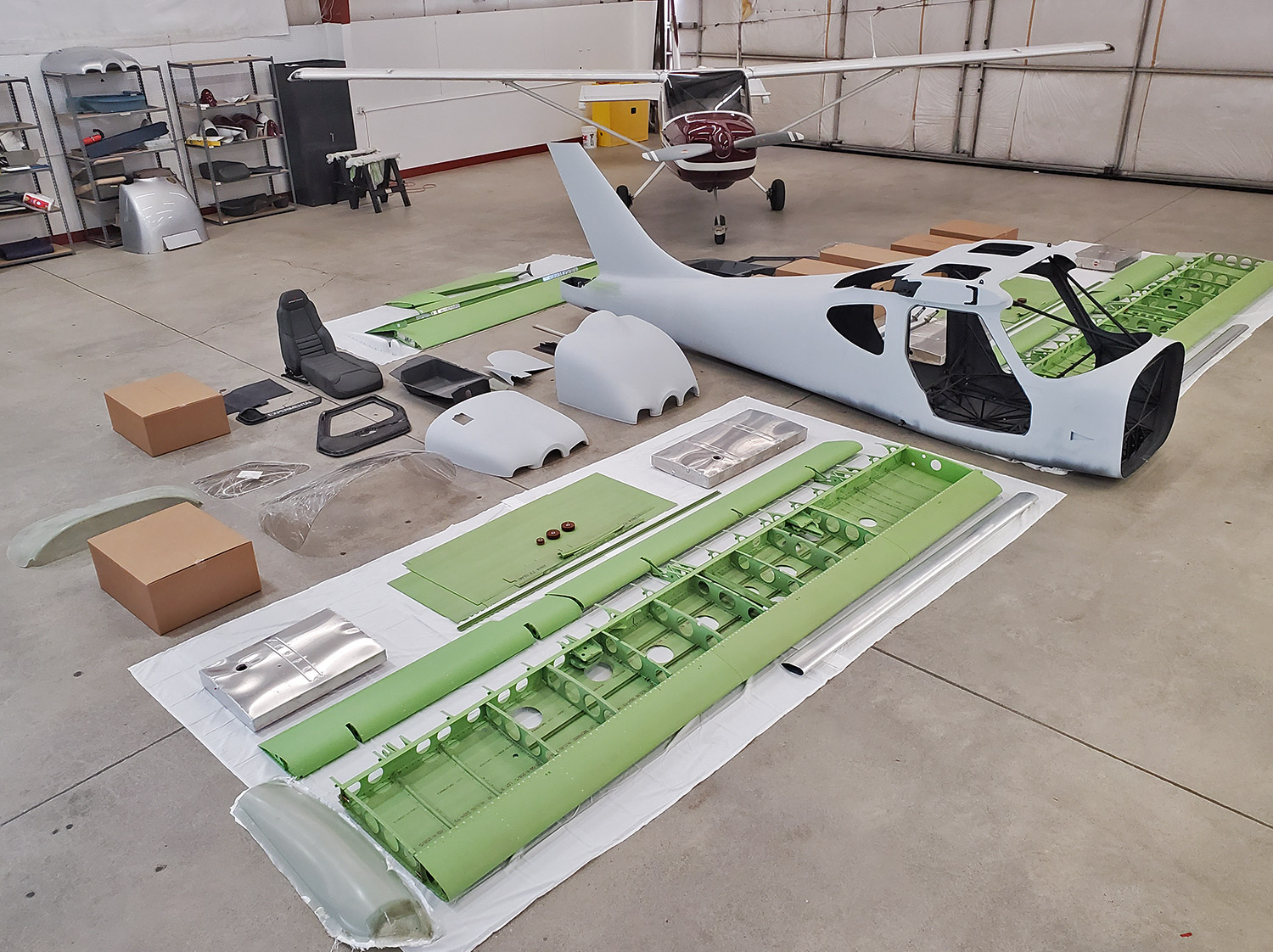 After a “COVID pause” that slowed down operations at Glasair Aviation, the company is once again selling kits. While the Two Weeks to Taxi program is still on hold, the Sportsman kits have been updated to reduce the builder’s assembly time.

Coby Young, Glasair’s Final Assembly Manager, says a lot of small changes have been made to the kits when it comes to cleaning up instructions, updating the bill of materials, prefabricating assemblies with many more small improvements that will make the build experience more enjoyable.

Some of the updated key features are a black interior and black cage, corrosion-proofed wings and flight surfaces, and a Quick-Build option to mirror the Two Week to Taxi program and instructions.

The Sportsman kit now includes many parts and assemblies that were previously sold separately as sub-kits.

“Quick-Build and Standard kits will contain the same components. For the Wing kit and Fuselage kits we have included all of the smaller installation kit BOM’s into the price rather than purchasing separately so overall the kit value is more significant” said Andrew Forrest, the company’s Supply Chain Manager. “The BOMs will follow our TWTT kit program, and these will follow our more up to date work instructions that we have been constantly updating.” The builders manual will still be provided as an overview and contain many useful tips and techniques along with instructions for jigs and assembly fixtures.

To simplify purchasing and inventory, new Sportsman kits are only available with the “high gross weight” (HGW) wing, but the standard (LGW) wing is still supported.

The cost of a “standard kit” with fiberglass Quick-build fuselage, standard wing, tail, IO-360 FWF kit, and landing gear amounts to $104,000. Engines and avionics packages are available through Glasair Aviation and the builder can chose either an IO-360 or IO-390 engine and select from seven propeller choices, eight different avionics packages, or upgrade to a larger landing gear option.

Kit options and pricing are available in the Order Form from Glasair Aviation and accessories and parts through the Product Catalog. For sales and delivery times, call 360-435-8533 or email info@glasairaviation.com.

The QB Fuselage kit will essentially come with everything needed to build your plane not including everything FWF, avionics (carbon/fiberglass instrument panel is included though), pitot tube, battery, and selecting the landing gear (Landing gear legs are included in the fuselage kit). The kit includes the following: