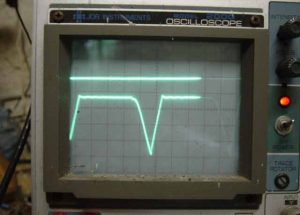 One of my aux tank pumps stopped working, so I decided to remove it and take it apart. New pumps are not expensive but they take some time to ship to Europe and transport nearly doubles the price.

Removing the pump is not all that difficult, but you have to drain the fuel from the relevant aux tank and the main tanks. If you have a L/R fuel valve you only need to drain one main tank.

You need to remove three of the four-screw inspection covers, the two either side of the pump and the one nearest the outlet of the aux tank. To save time you can remove three screws, loosen the fourth and slide the cover around. The Swagelok fittings are unscrewed with a short 11/16” wrench. Unscrew the outboard one first then push up the fuel pipe at the aux tank end with one hand, while pulling it out of the fitting on the pump with the other hand in the appropriate holes. It needs to be pulled about 3/8” to free it from the pump fitting. 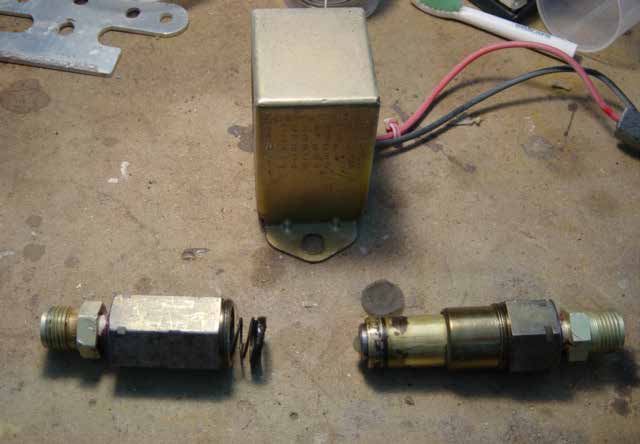 Then unscrew the inboard Swagelok fitting. The nuts holding the pump require a short 3/8’ wrench. The pump can then be released from the inboard pipe and the electrical connections undone, in my case just one Faston connector for the positive wire. The pump is most easily removed from the outermost inspection hole.

I think it’s unlikely that the electrical part would fail as it is basically a pulse generator energizing an electromagnetic shuttle It can be bench tested with a 12V supply and will hum if working (I checked with an oscilloscope probe on the + wire). 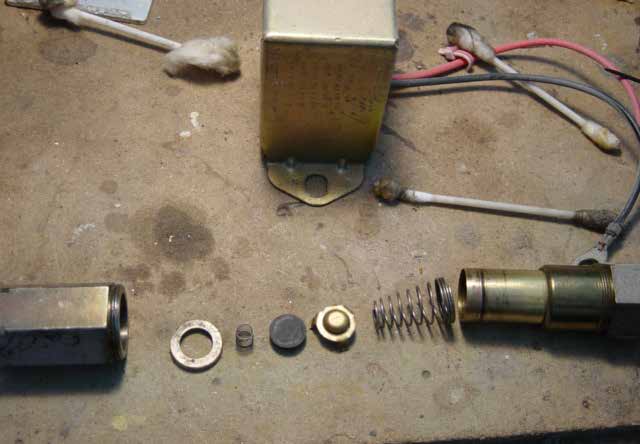 In my case the shuttle had stuck in the relaxed position and the electromagnetic force could not unstick it. The ends of the pump can be unscrewed with a spark plug socket (22 mm). Mine required considerable force. It is best to unscrew the inlet side first and then carefully remove with the inlet pointing down and the outlet up. There is a spring inside and the assembly then comes apart with the spring in place. I gave the insides a thorough clean with rags, ScotchBrite and compressed air, squirted some WD-40 equivalent lubricant inside and reassembled. Now works well, but for how long? I think it is a good idea to cycle the pumps now and then, especially in humid conditions. Mine had not been used for some time and had corroded.

I only use AVGAS, but I think the corrosion was due to water as I found a few drops in the pump.

Although I don’t make trips over three hours I used to fill up all tanks in Spain where AVGAS was cheaper. Since the price is now little different between Spain and France I had not been using the aux tanks for several years. I often find water in the tanks and have been sumping the main tanks, but not the aux ones. I now intend to keep some fuel in the aux tanks, sump them more often and cycle the pumps from time to time.