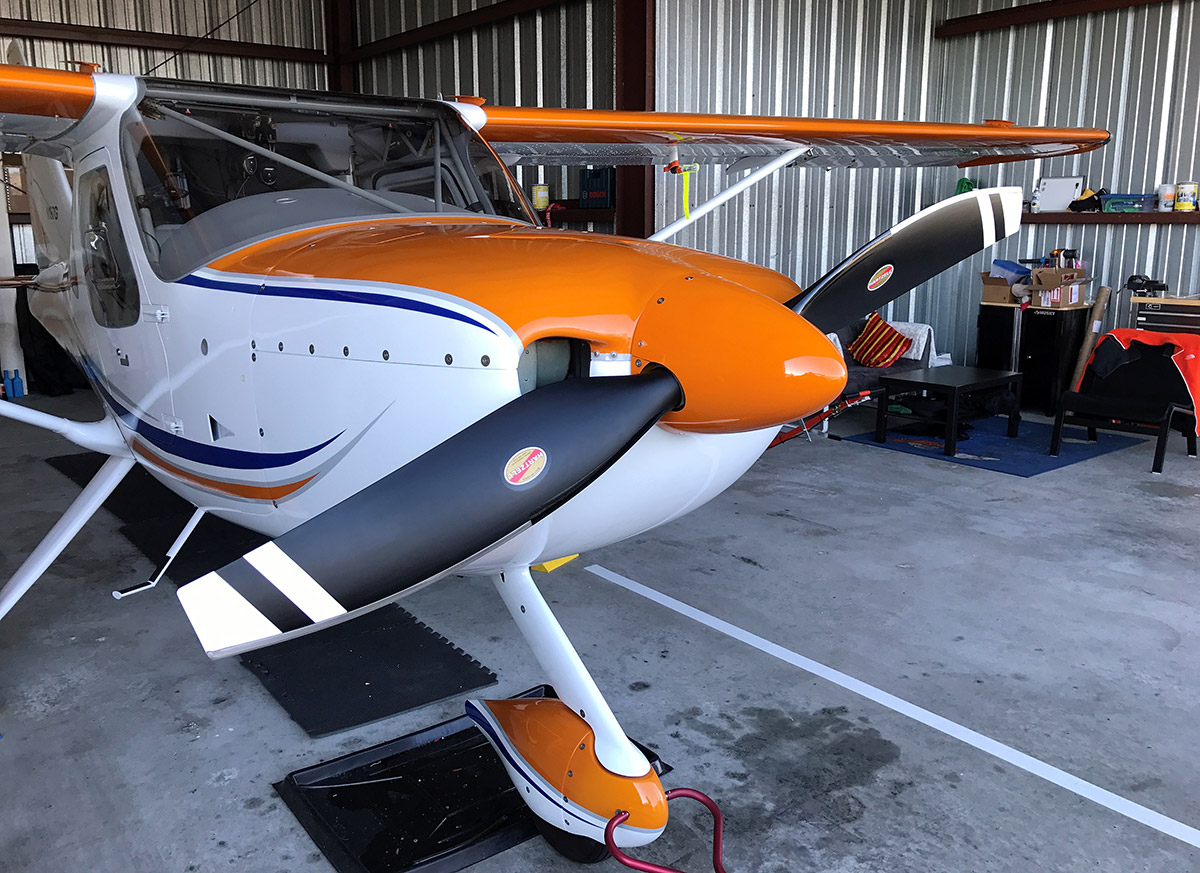 These are my learnings and first impressions.

The short summary is that the new propeller delivers exactly what I was looking for: 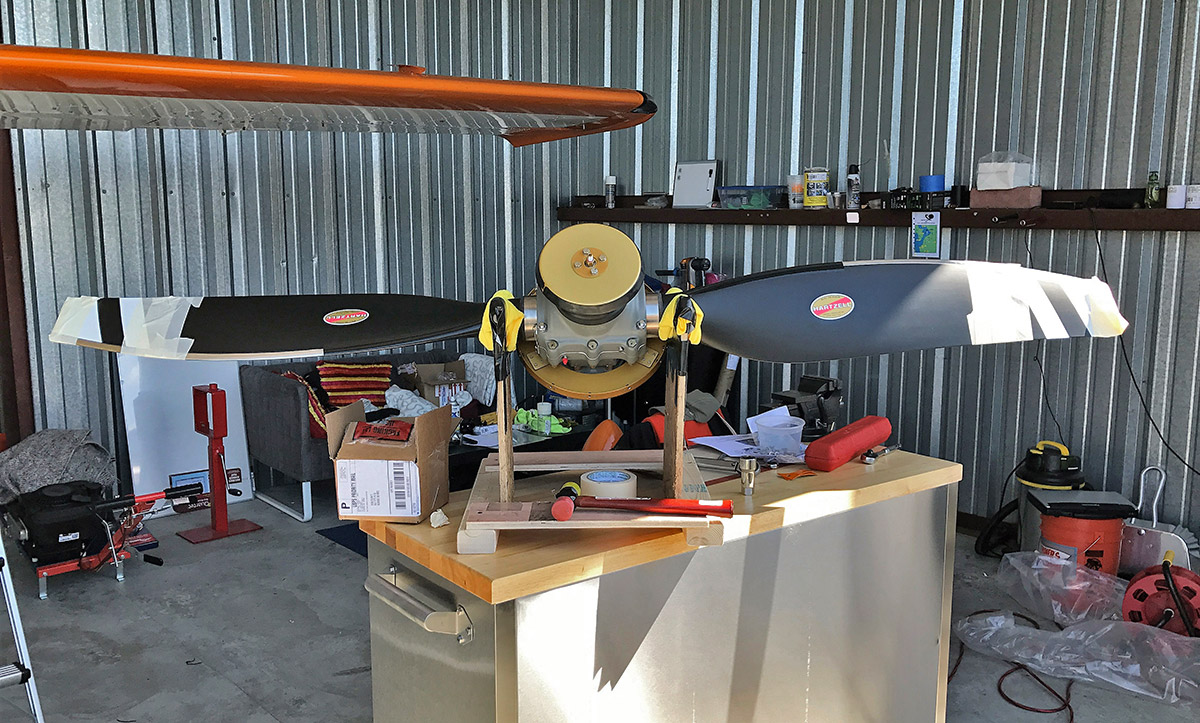 I did a lot of research before making the investment. Hartzell helped me find the answers to my many questions and even Joe Brown weighted in personally as he also flies a Sportsman with a Trailblazer prop. The decision had to be made on facts and not “tinkeristis” (or a least involve only a little of it) since my wife is also a pilot and convincing her to spend a rather large amount of money on a perfectly fine flying airplane needed solid facts. I am glad that she kept me honest. I placed the order for the new propeller via Glasair Aviation and had it drop shipped to our home.

Removing the old propeller and installing the new one was simple, other than fixing the leaking nose seal that I discovered after removing the propeller. Not a total surprise as I noticed oil on the starter as well as alternator mounts before. Well, a few hours of extra work took care of that. It was actually not hard and cleaning took really the longest time. Getting the seal in took about 30 minutes with the right tool. It’s bone dry now.

A few points to consider: 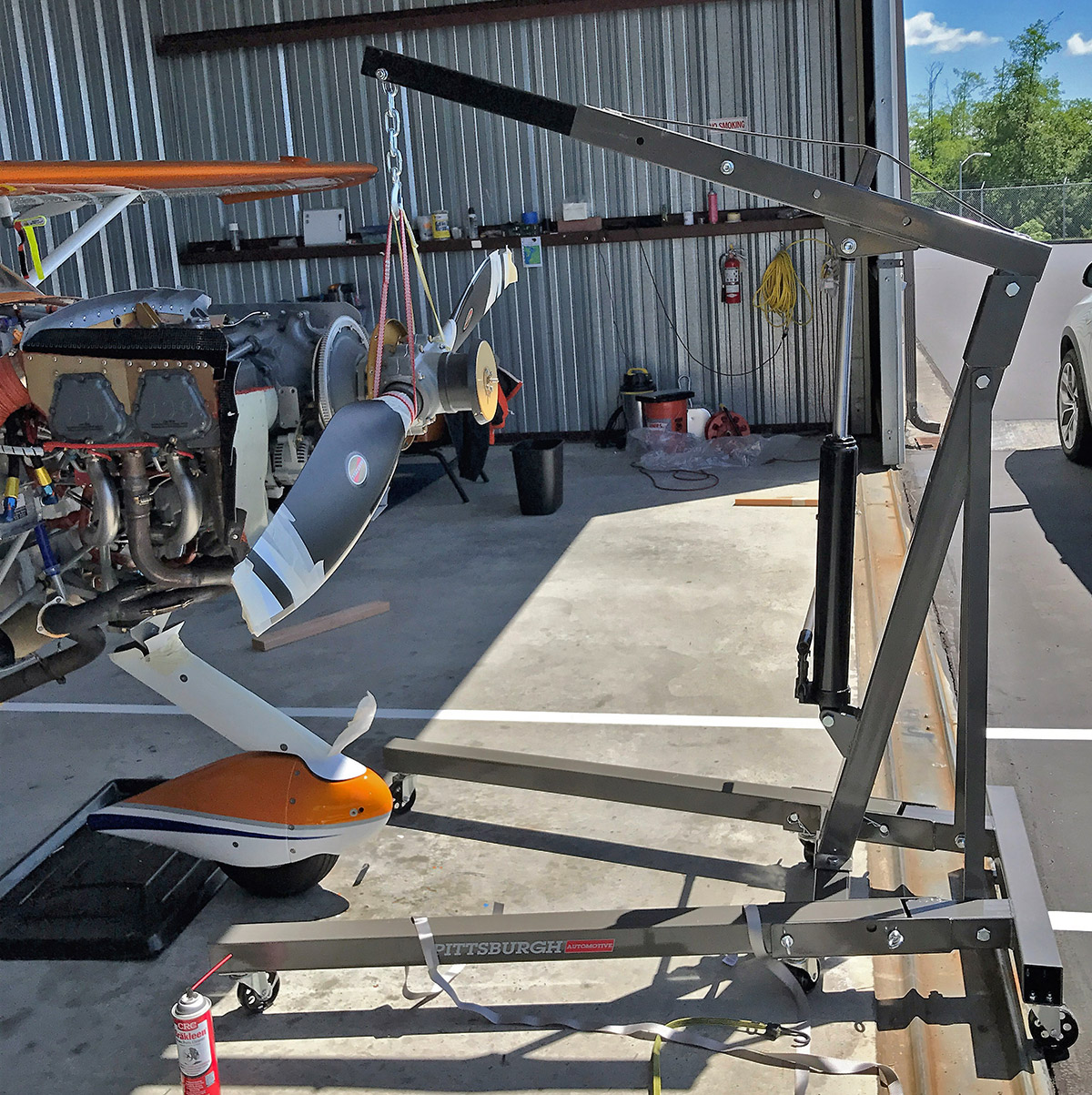