Home Glasair Maintenance Does Anybody Wax Airplanes Any More?

Q (George Kraft): Just wondering if the newer paints don’t require it or if they benefit at all from waxing. Seems like a lot of work but if it helps keep the shine on maybe it’s worth the effort occasionally. I doubt there would be any drag performance benefit at our speeds but I’m reminded of the memoirs of a WW II Spitfire pilot whose mechanic spent the whole night waxing his airplane. The next day he had to out run a Messerschmidt and found he got an extra 10 knots, which he said saved his life! I just want to keep her shiny. Think it’s worth it and, if so, what would you use? 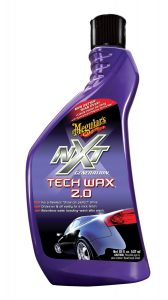 A (Alan Negrin): I wax mine once a year with Meguiar’s TechWax.

A (Jonathan Apfelbaum): I use Rejex on leading edges once or twice a year. Makes removing bugs easier.

A (Doug Dodson): Any reasonable carnauba car wax is fine on urethane paint. I use the liquid wax and do the entire airplane about once a year. I use detailer spray whenever the mood strikes me. A very wet terry cloth hand towel is great for getting the bugs off the leading edges, cowling, spinner and wheel parts. I let that dry then use the detailer spray and a micro-fiber cloth to get the water spots off.

Use a separate, clean, very wet terry cloth hand towel to get the bugs and dirt off the transparencies, and then any good polish made for Plexiglas and a very clean microfiber or flannel towel.

A (Lory Ghertner): I have Imron over House of Kolor paint. My painter said no waxing was needed. To help with bug removal I go with some really high-tech stuff that I can use for the windshield. It even smells like lemon: old fashioned Pledge run down the leading edge adds about 15 sec when putting the plane away and the bugs peel off.

Download the CAFE Foundation Aircraft Performance Report on the effect of waxing.