I’d like to relay to the group two conversations I’ve had with others regarding transponder performance. 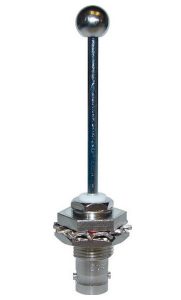 A friend of mine who works for Lancair in R&D mentioned that it’s vitally important to keep the transponder antenna clean. He mentioned that when flying his personal Lancair 360 that ATC was losing his transponder for most of a trip to the LA area. He cleaned the antenna of oil/grime and on the return trip, ATC never lost his blip once.

A Long-EZ driver who works for Allied Signal said that his tests for the company (using his airplane as a test bed) indicate the transponder antenna should be mounted directly to the ground plane and not just the bolts with foam in between. For example, a builder would have to remove belly material to mount the entire transponder to the ground plane. This vastly improved performance according to his experience.

Given these two conversations, it may explain why Dr. John has experienced such good luck with his access hole cover installation: the transponder is kept clean (except for the occasional tree limb) and at the same time, the antenna is mounted directly to the ground plane with no foam in the way.

While in my hangar today pondering the relocation of my antenna, I wondered if position behind the engine or to the side of the engine has that much to do with it. For example, the engine/prop is still in the way, but just from a different angle. The prop presents less of a shield, but not that much less. So, hmmm, do I move the antenna or just remove foam/glass and mount the antenna to the ground plane? I may experiment with the access hole mounting, but just because it’s less invasive to my already-painted and flying airplane (not crazy about grinding a hole in the belly of the airplane).