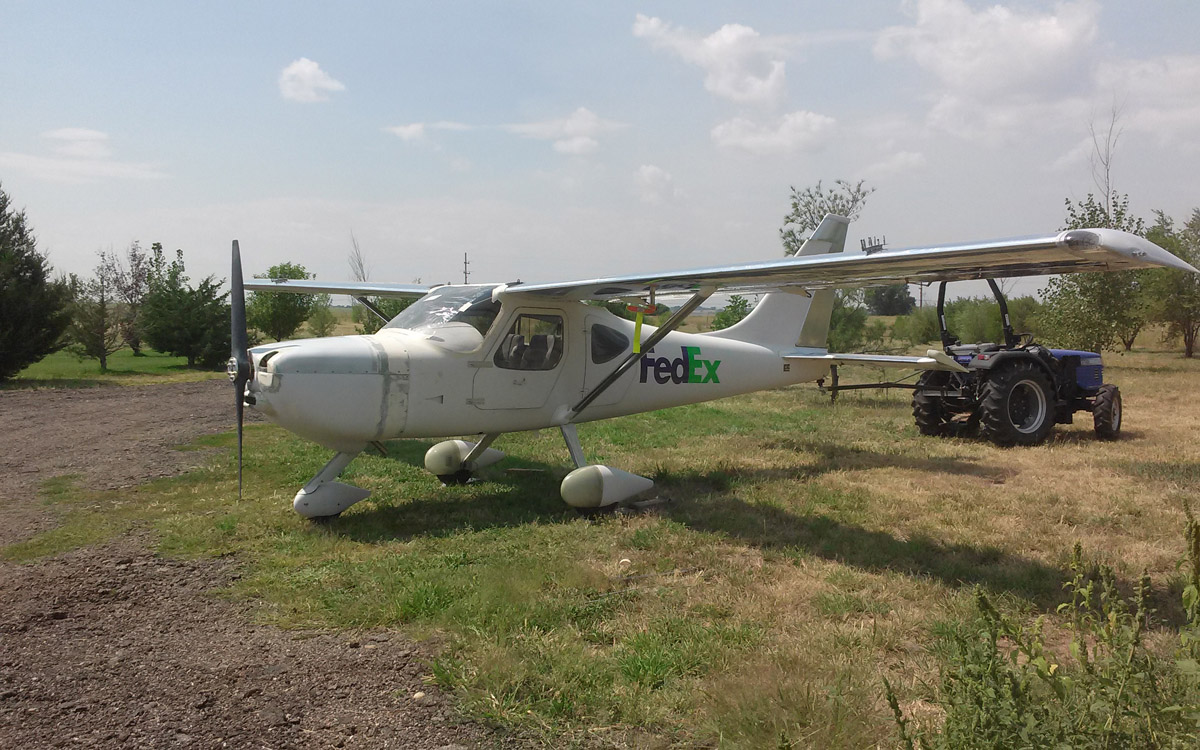 The UL Power 520i engine is much lighter than the typical Lycoming installation. I moved the engine six inches forward and was still worried that wasn’t going to be enough.

My empty CG is 97.6″ with a fixed-pitch prop. When I get my Airmaster CS electric prop that will move forward some. My nose wheel weight was only 290 pounds when most Sportsmans are around 350 lb.

I think it will be very hard to get this plane loaded to gross weight with having over 1,000 pounds usable. If someone is planning on putting 300 pounds in the rear baggage zone I would suggest moving the engine another three inches forward. Sure makes installing stuff on the firewall easy!

I started with all the quick builds. I “tried” to keep track of building hours. What I did was log actual hours doing actual building, instead of all those many hours looking at something with a blank stare, analyzing, dreading, terrified to do what needs to be done hours. Hours researching, running around getting things etc. I’m sure you fellow builders know what I’m talking about. Anyways, the hours totaled up were around 900, which surprised me. Could probably add another 400 to that for the aforementioned activities. I built 95% of it by myself.

Closing the wings is where I had the most help. I have three times as much time modifying the cowling than it took me to close the wings and install the engine.

The plane flew hands off so no problems there. The flight was cut shorter than I would have liked because the CHT and EGT on the SkyView works and then shows all red Xs then back and forth. Dynon is sending me another EMS to try. Before that the UL Power ran great and the hottest CHT was #3 at 305ºF and the highest oil temp was 205ºF. The highest true air speed was 125 knots at 2950 rpm but never trimmed it out and flew very long straight and level. No spinner or wheel pants. OAT was 78ºF at 6,000 feet.

The highest fuel flow showed 8 gph but not totally sure if the pulses are set right yet. 8 seems a little low. I had a guy with over 14,000 hours fly it who has flown many different planes over the last umpteen years and he was very impressed with the Sportsman. I don’t know if he meant homebuilt or any plane but he said it was the second nicest flying plane he had ever flown. The only complaint or negative comment I guess was that the ailerons felt a little heavy.