I’ve never been entirely satisfied with the way the tailwheel leaf springs are secured to the tail cone, especially when banging them off of grapefruit-sized rocks on gravel bars. Almost all other bush-style aircraft use a bracket that clamps the spring set to the frame, so i set out to imitate this type of installation.

I cut a slot in the bottom of the fuselage to the exact dimensions of the spring width. I also had some custom springs made for my Sportsman that are shorter on the front end and longer on the tail end in order to lift the stabilizer higher with the goal of reducing the damage from rock spray on off-field landings. 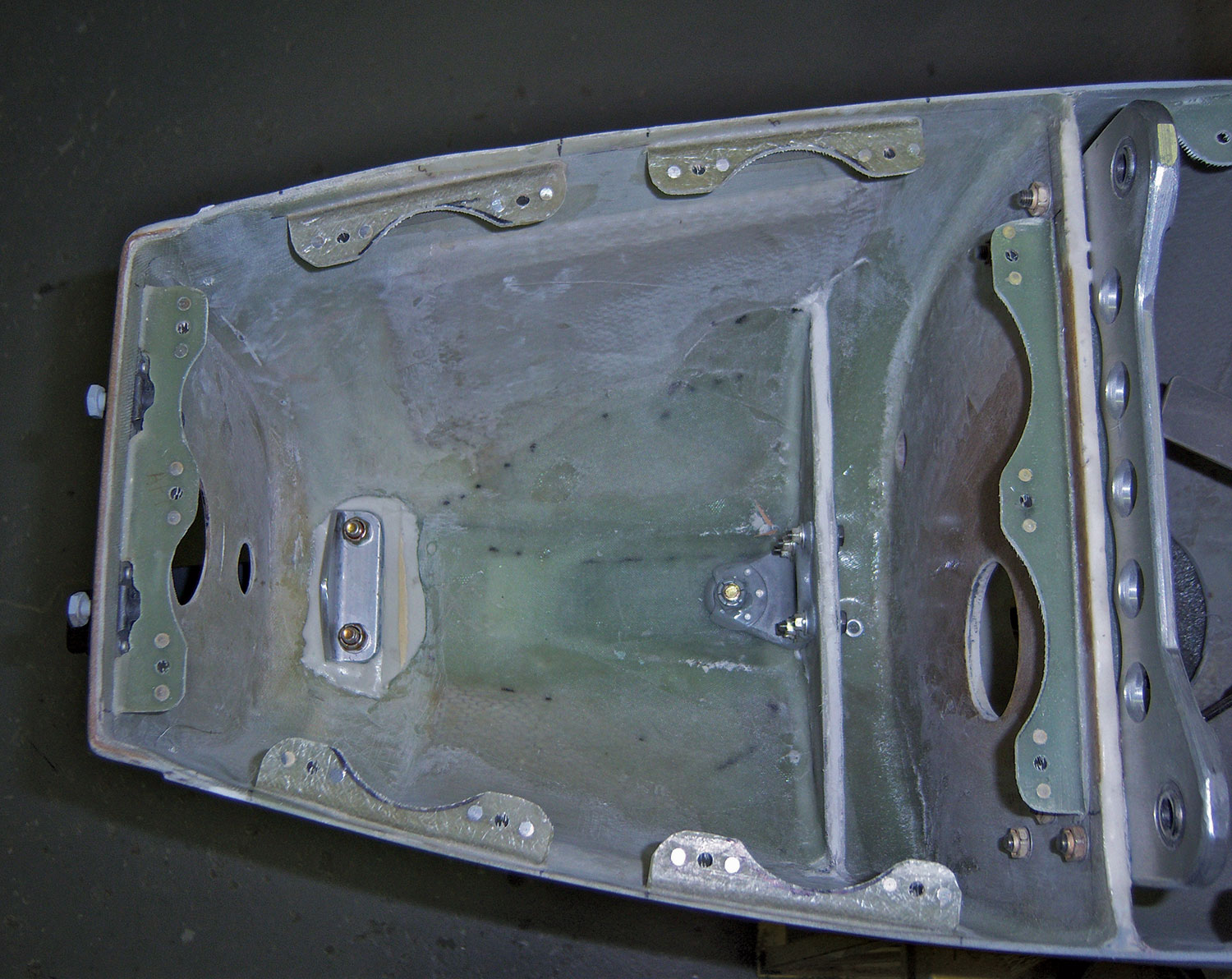 I added a small bulkhead just aft of bulkhead D for the forward spring attach bracket, but also laid up a 14- ply fiberglass pocket over the leaf springs. This thickness (or perhaps more) is necessary to react against the extreme loads encountered at times when the tail wheel smacks into large rocks as well. 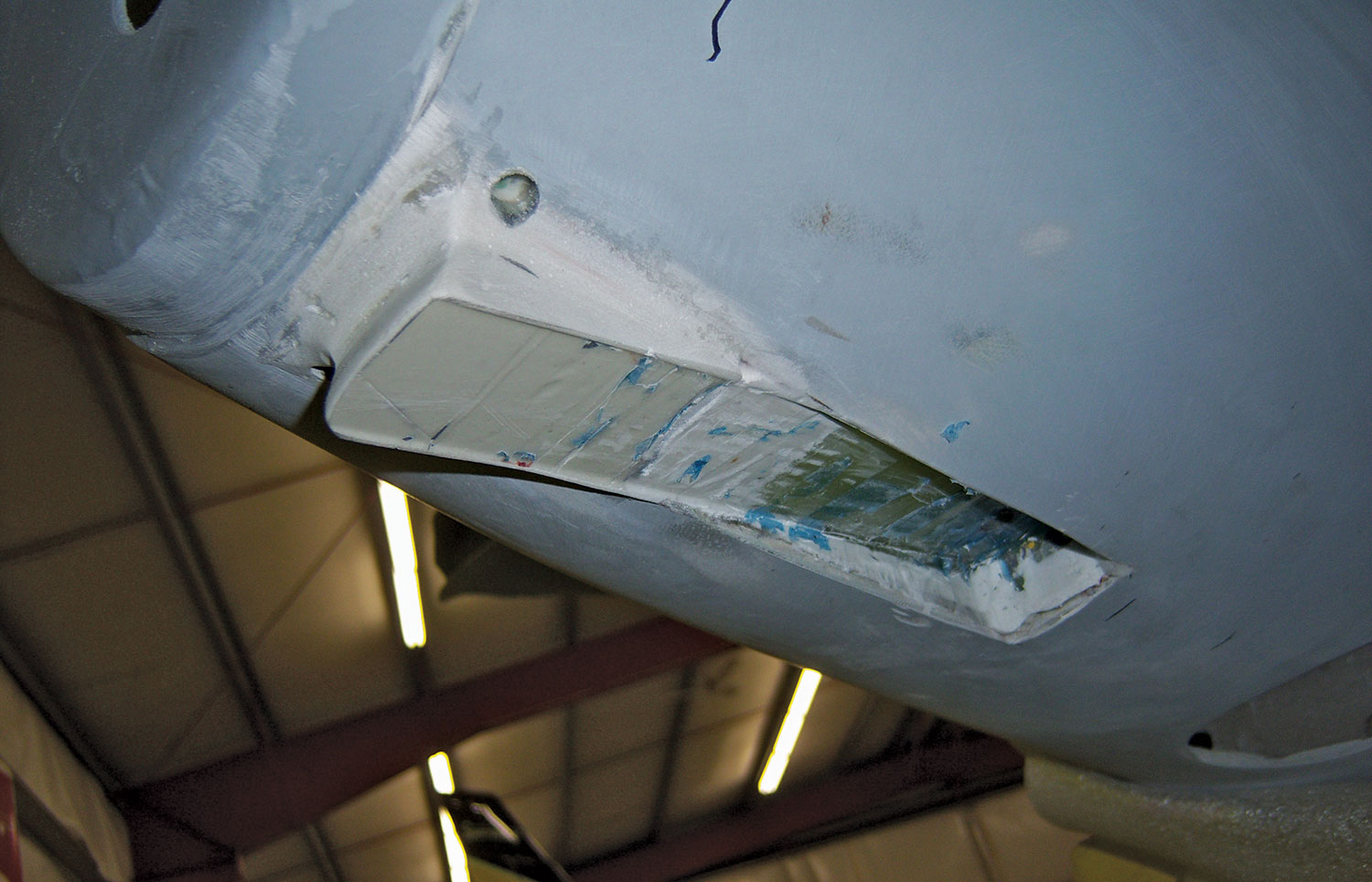 At the aft end of the springs, I fabricated a bracket that captures the springs between two AN5 bolts that anchor to an aluminum bracket embedded on the inside of the tail cone ahead of bulkhead E. The bolts squeeze the bracket and springs upward against the fuselage. On initial evaluation, it appears to be much sturdier. Flight tests will prove it out one way or the other.

Why We Build: Life with the Sportsman Couldn’t be Better