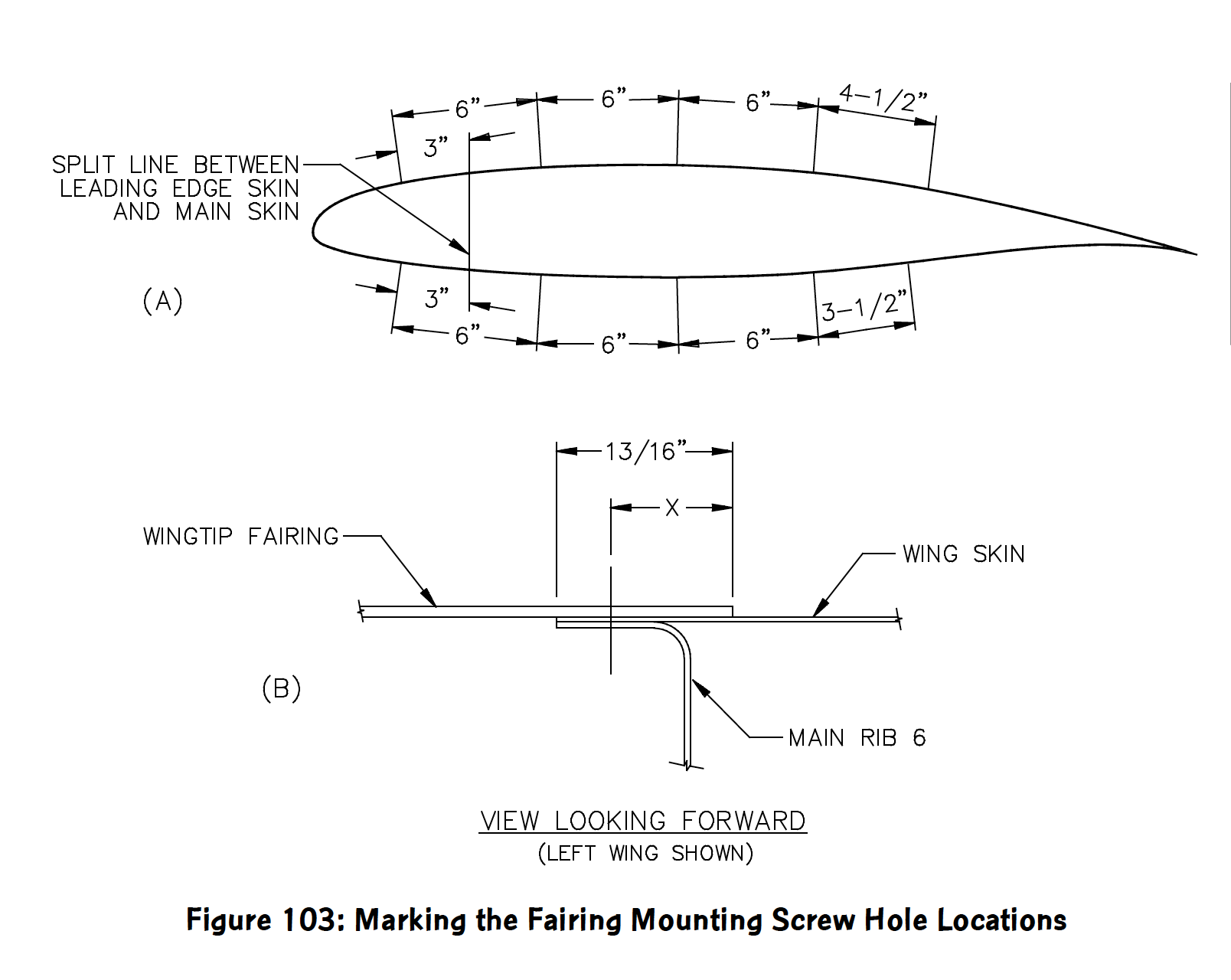 There is a conflict in the wing tip construction as per the Manual (Rev C) Section VI Wing assembly, Fig 43 p.103 instructs you to drill the wing tip rib with #40 bit. The illustration would appear to be pretty accurate to me as it shows pairs of rivets between each flute on the rib flange.

The conflict arises when you get well on in Volume II and come to fit the newly seamed wing tip. Section X, Final Assembly, step 101 and Fig 103, pages 200-201 cover this. In positioning the nutplates, I found that there were no spare areas at the positions indicated so that the nutplates “are spaced a minimum of 1/2″ from any obstruction.” In fact the prepunched holes in both skins are just over 1/2 a rivet too wide to take the nutplates in these places.

There is not room to relocate the nutplates clear of flutes or rivets. I haven’t rivetted yet but I have dimpled so I have problems. One solution may be to put floating nutplates in instead as these have narrower dimensions rivet wise (not leaving 1/2″ clear however). Alternatively, I may flatten one each ot the dimpled holes and reposition. I would then have to locte the hole in the wing tip differently to step 101 because the nut plate would be already positioned. No big deal.

If I was building my wings now, I would either not drill the holes at the positions as indicated by II, X fig 103 and leave them till step 101 is done, or alternatively drill one of the two rivets according to the hole spacing of the nutplate, disregarding one each of the prepuncheed holes.

The former method would allow the position of the nutplate to be determined simply as suggested by Step 101. The latter method would leave one punched hole unused (but covered by the tip fairing) but would make locating the nutplate screw hole thru the fairing a little more difficult to accurately locate – but by no means impossible to a careful builder.

Until such time as the manual is clarified on this, builders still to complete drilling their wing tip ribs may want to research these notes and tread carefully.