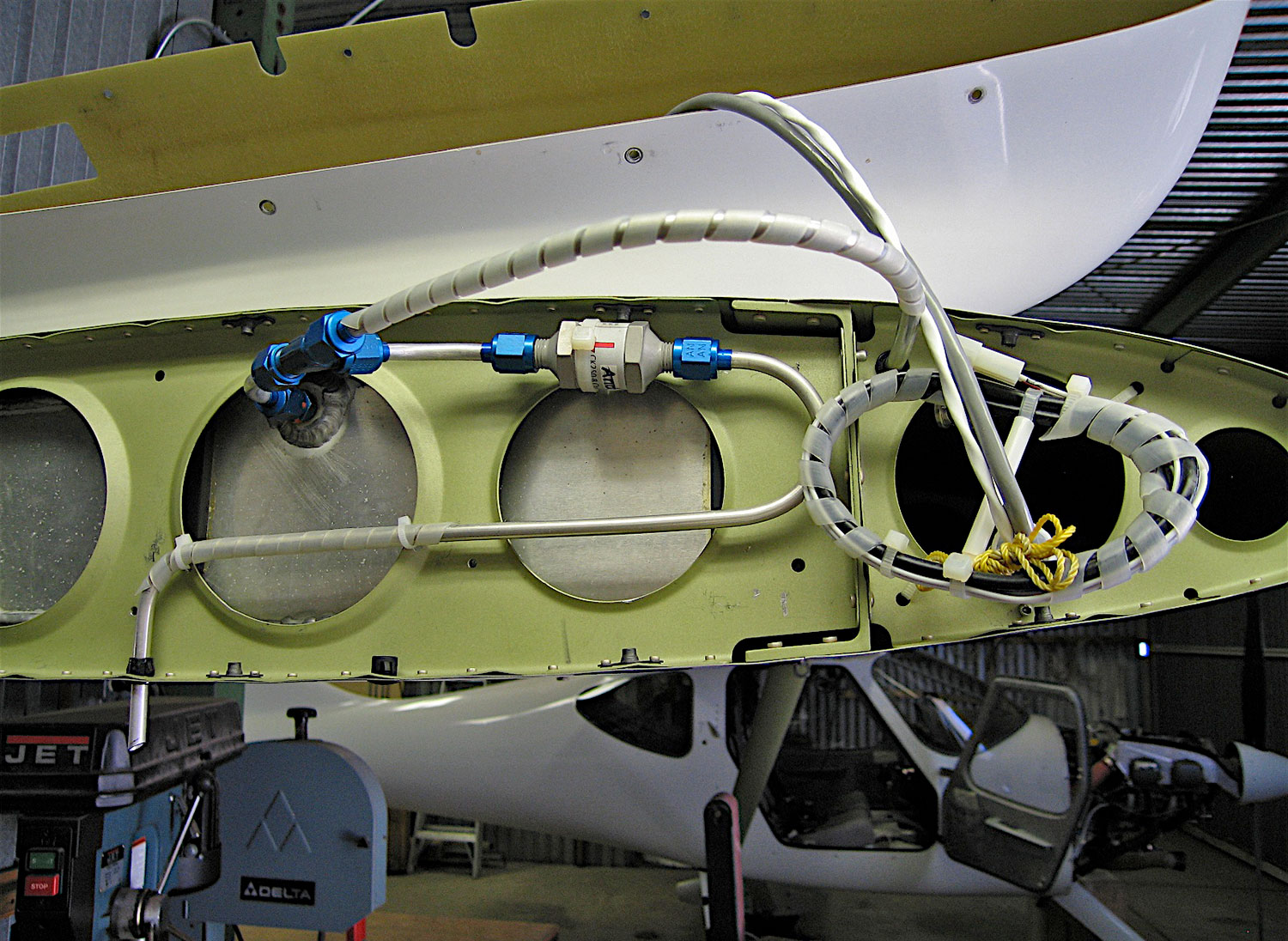 Because my vent system still allowed fuel to vent in a nice stream when topped off and turning on the ground or parked on a slope, I added an Andair check valve, part# 250-B which has two sizeable bleeding holes, to each vent.

(Note that I have strayed from the manual in using 1/4″ aluminum tubing for my vent lines). So far it seems to work well, dribbling a little fuel in situations that used to produce a stream. Static flow rates at my gascolator dropped only from 26.2 GPH to 25.7 GPH – very little loss of head pressure.

This arrangement had an additional and unanticipated benefit: I can no longer pump fuel overboard with my transfer pumps. Instead, if I turn on the pump too early and the mains overfill, excess fuel is pumped back into the auxiliary tank. The only drawback I’ve noticed is that topping off to the filler neck is more touchy, since the air trapped above the bottom of the filler neck now sees more resistance to escape via the bleeder holes in the check valve. Consequently, if you fill rapidly to the filler neck, the compressed air may “burp” at the neck and spill a little fuel. The solution is to fill slowly approaching the filler neck.

I hesitated to add check valves to this important system, but I’ve since seen that they are commonly used on vent lines of some Cessna and Lancair aircraft. So far so good. (The extra wiring in the photo is a coax and 2 extra wires for future tinkering.)

Editor’s Note: Modifications to your fuel system should be done will all due caution. Fuel starvation can be a serious side effect of improperly designed or installed fuel system components, resulting in complete engine failure in some cases. This publication does not endorse and deviations from the factory fuel system design.