Home Ownership Garbage In, Garbage Out

A funny thing happens when you depend so much on computers. Faced with the prospect of testing the new Dynon autopilot but not having a ready-made place for the AP74 module, a vertical rectangle exactly the same size as the HS34 module (which I also didn’t have), I considered making a new pilot’s side panel or farming it out.

A bit of background. I was the earliest Two Weeks to Taxi “customer,” which I put in quotes because I was as much a part of the R&D process as anyone on the payroll, only I got the privilege of paying for the experience.

As such, the entire instrument panel was contracted to Pacific Coast Avionics, who wired the radios, built and assembled the fiberglass and metal panels, and generally ensured that the magic smoke stayed inside the boxes.

The original panels were initially laid out with Panel Planner on my Mac. These renderings were made into DXF files so that the CNC router (I think) could cut the panels. It was not important to me at the time to know the precise dimensions of the metal panels, only that the desired radios would fit.

Fast forward to late summer 2008. Again I turned to Panel Planner and worked up a new layout to accommodate the AP74.

Panel Planner will output a DXF file, but I sent it through a friend who knows his way around CAD/CAM software like you or I know the distance between the refrigerator and the television. He made some tweaks and sent the file off to a company that laser-cuts aluminum.

Not long after, a panel arrived in the mail that looks great. All the holes were dead on, circles are perfectly circular, the Dynon cutouts were precise. What could be better?

Well, how about appropriate accuracy.

What none of us had properly recognized is that both the vertical edges of the panel are off axis, that is not exactly perpendicular to the bottom edge. The left side is obvious, but the right edge is more subtle, and that’s what bit us.

Somewhere along the line, it was assumed that the right edge represented true vertical, and the bottom edge didn’t count. The instrument waterline was referenced to that right edge. Ahhhh.

Now, those of you who have hewn your panels from “raw materials” can sit back and chuckle at my ignorance. We all know, now, that the only edge that counts in this panel is the lower one; it’s supposed to be laterally level. The left and right edges form a kind of parallelogram, wider at the top than the bottom.

I didn’t think the computer could be wrong, and though I had a suspicion that the panel somehow wasn’t right—the lower instruments only look further from the bottom edge at the left, they can’t actually be off!—I never gave into the possibility until I flew with it. Then, with the airplane suddenly being out of rudder trim when it had been perfect before, the other shoe dropped. (In my defense, my hangar is on a slight slope; the ball is never in the center when parked inside.)

Nothing to do but fix the problem by starting over; I could see no way to salvage the computer-cut panel. For the next two weekend evenings, I rather enjoyed myself in the garage workshop, hand-cutting a new aluminum panel from 0.063-inch sheet. The jigsaw with an 18-tpi blade, a handful of files (including my now beloved Vixen file), and “Car Talk” on the iPod all worked beautifully. Plus, I had a CNC-perfect blank to provide the outside dimensions and perimeter hole locations. 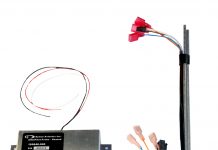 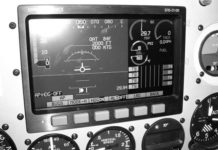 Prototyping Your Heart Out: Early Days With the Dynon Autopilot