We’ve seen an increase in the insurance requirements that airports are imposing on tenants. These requirements used to be just to have the airport listed as an additional insured. The local community was worried about being protected if someone thought you were liable for something. The airport wants a little extra protection from your policy, so lately they have been asking to include requests for additional named insured, higher limits and requirements for hull coverage.

Typically, there are no laws that require a person to buy aviation insurance. But the local community can require coverage. In the case of one customer, the local airport requested that he provide proof of liability insurance. He has not purchased insurance (although he tried) and has to make the decision to move the aircraft or sell it. In his case there is only one company that will provide coverage for the type of aircraft he owns, but they do not provide coverage in his state. This is important to note because, if there are requirements, or no one wants to insure the airplane, you probably shouldn’t buy or build the airplane. Many people have neglected to research the insurance aspect prior to the purchase and after they have spent their hard earned airplane dollars, they are forced to purchase something they decided they didn’t want or can’t get.

In another recent request the airport is privately owned and the owners have requested that the insured list the two different companies that the airport owner owns, his personal name and his family members. In addition, the airport owner’s advisor has told him that he should request at least 2 million in liability. In this case the first part of listing all the different companies and names is hard enough. Most underwriters will list one maybe two but balk at four to five. After that was resolved, the next hurdle was a 2 million limit. Most aviation underwriters will not offer those limits for a factory aircraft let alone a custom-built aircraft as in this case. The underwriter, after he got done laughing informed me that the airport owner’s advisor really doesn’t know the aviation industry and that he doesn’t have a clue as to what he is asking.

The underwriter refused the higher limits but agreed to the additional insureds. The customer had to go to the airport owner and tell him the sad truth that 2 million was basically impossible to get but he could get the additional names added. Apparently this was not the only case. Others hangared at the field had the same results and the requirements were lowered to a more reasonable limit.

But it doesn’t stop here. We had another request from a customer that his local airport wanted him to buy hull coverage for his aircraft. He was not interested, but the airport stated that they would make it a requirement. They, as the owners of the hangars, did not want him to go after them for the damage to his aircraft from the hangar.

In the opinion of numerous underwriters this logic is somewhat off. If the hangar were to collapse on the aircraft, yes there would probably be coverage from the aircraft owner’s insurance company. BUT if the insurance company found that the airport was responsible (or liable) for the collapse they would probably initiate a suit (against the airport) to recover the payments made to the insured.

These requirements have made the insurance companies start rethinking their premiums. Each time they add or change the policy they incur some cost. The underwriters are now starting to charge for extra named insured. Usually the municipality can be listed as an additional insured without an extra cost, but anyone else may incur a charge. The cost for an additional insured is anywhere from $0 to $150, depending on the insurance companies.

So the next time somebody wants to be listed as an additional insured, think again. It could cost you extra. 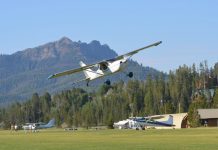 Can an Aircraft Be Too Safe? 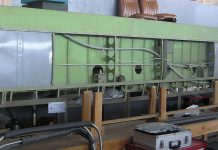