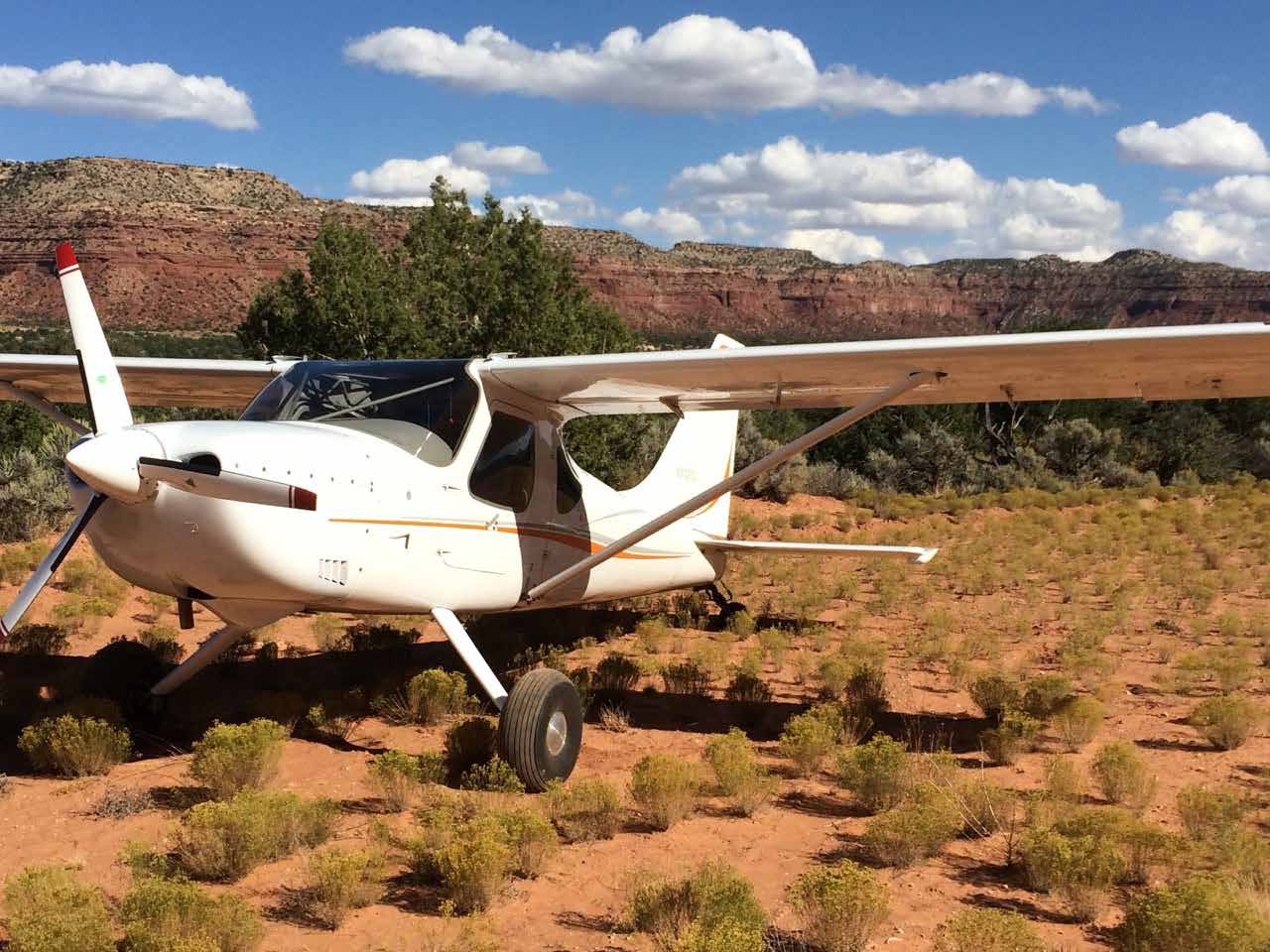 My son and I I flew over to Fry Canyon, UT (UT74), a dirt strip in southeastern Utah. There are several backcountry strips in the area, made during the uranium boom in the 50’s. There is a good article about some of these strips in EAA’s Sport Aviation. Anyway, there is a really cool slot canyon that parallels the airstrip, and we hiked that while we were there. As we exited the slot into the main canyon, we were greeted by the beautiful Anasazi ruins. They are well-preserved because they are so difficult to reach; you can only rappel in from the top, or it requires serious climbing gear to reach from the bottom. We camped for the night, then came home. It’s amazing how easy it is to do a mini-vacation using the Sportsman. It was only 21 hours from the time we left until the time we returned, having seen and hiked some of the most beautiful, remote country on earth. And the night sky was unbelievable. To lay there pondering the universe and God’s creations is always a humbling experience for me. 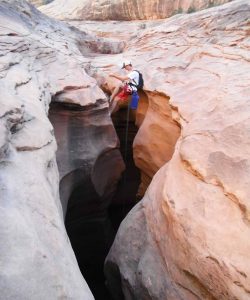 The Diesel has performed flawlessly now for 240 hours. I can’t say enough good about it. You have to fly it to appreciate the simplicity of operation. The fuel economy is astounding. My son flew this trip along with me in his Cherokee 180, side by side. He burned 39 gallons for the trip, and I burned 23 gallons. And, I was carrying all of the camping gear.

It still looks and performs exactly like it did when new. I have yet to have a single drop of oil fall into my cowling from the engine or gearbox. The cowling inside looks brand new. In two 100 hour oil changes, i have used 2 liters of oil (total). I have now flown through two Las Vegas summers, and one Utah winter (I fly to northern Utah almost every week). I can take of in 105F temps, climb at VX to pattern altitude at 100% power, then back the power off to 90% power and climb to cruise altitude without getting into the yellow or red temp zones. 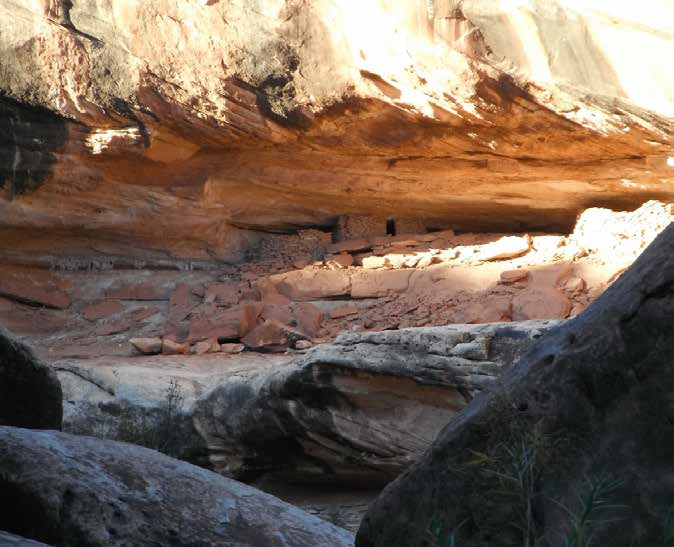 No problems with oil or gearbox temps.

I keep telling my pilot friends that they have no idea what they’re missing. It’s just so simple, easy, and smooth to fly. Fuel burn at cruise (130 KTAS) is always 6.2 gph.

The engine starts immediately whether freezing or hot.

I’ve flown it to OSH, Western Canada, and all over CA, NV, UT, ID, and AZ. I’ve had zero problems since day one. 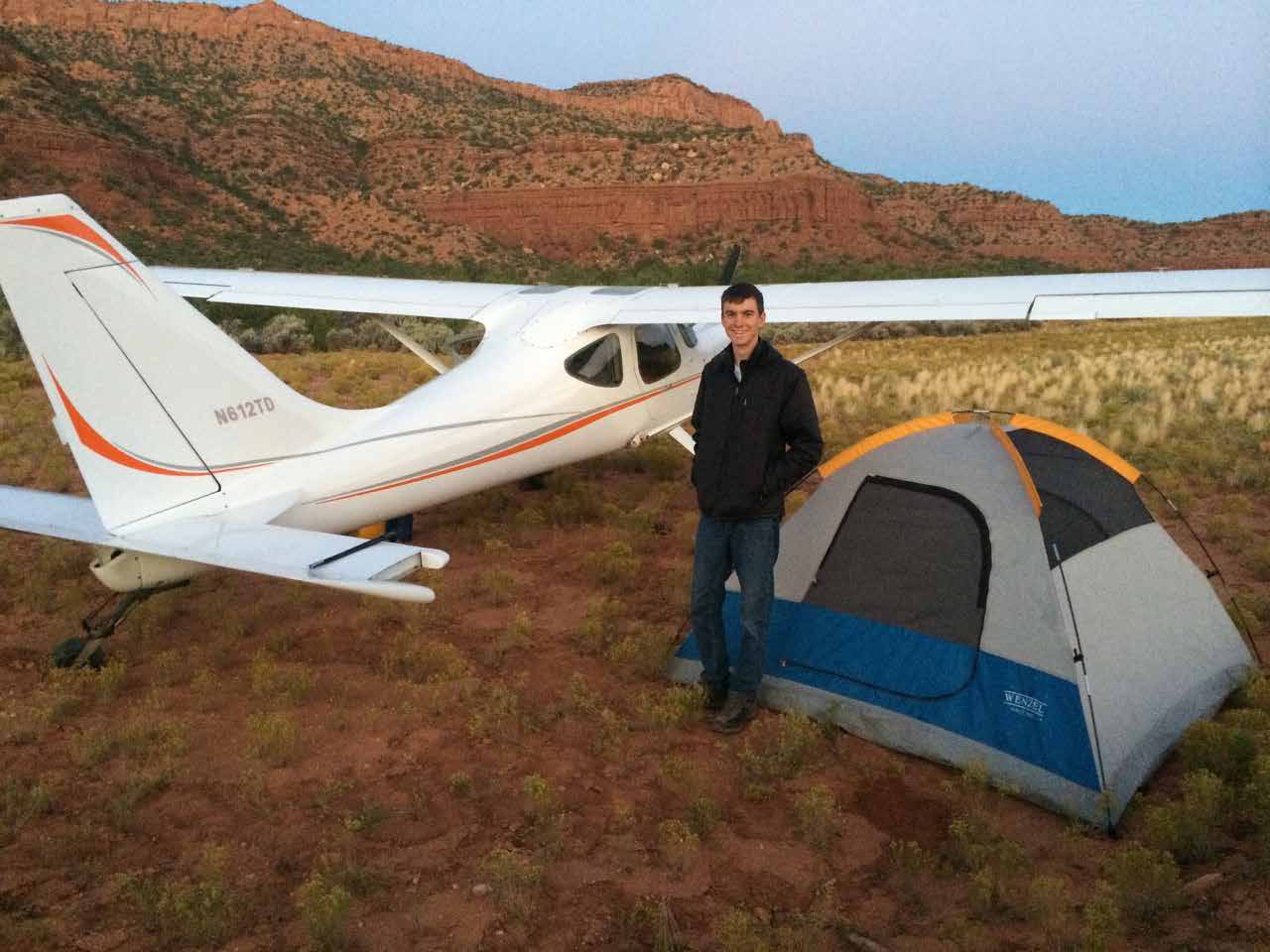