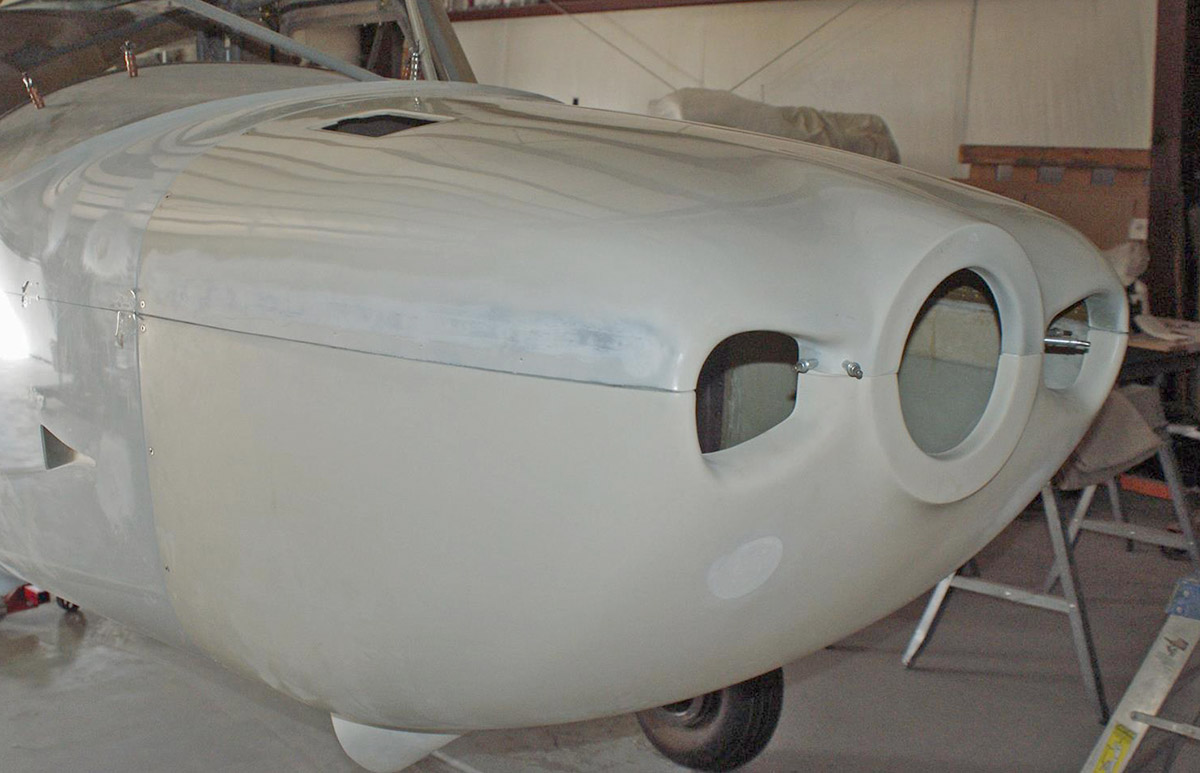 A piano hinge for the cowl provides a sleek look with no visible fasteners on the outside. It takes a bit more work to get it right compared to the factory method.

To mount the cowl with a piano hinge connection between the upper and lower halves, I started by downloading the factory instructions for the cowl from the file library. I used the following steps as illustrated:

1. Mount the cowl halves to the airframe connecting them along the horizontal seam with several Clecos through the upper cowl half and the lower cowl half joggle. 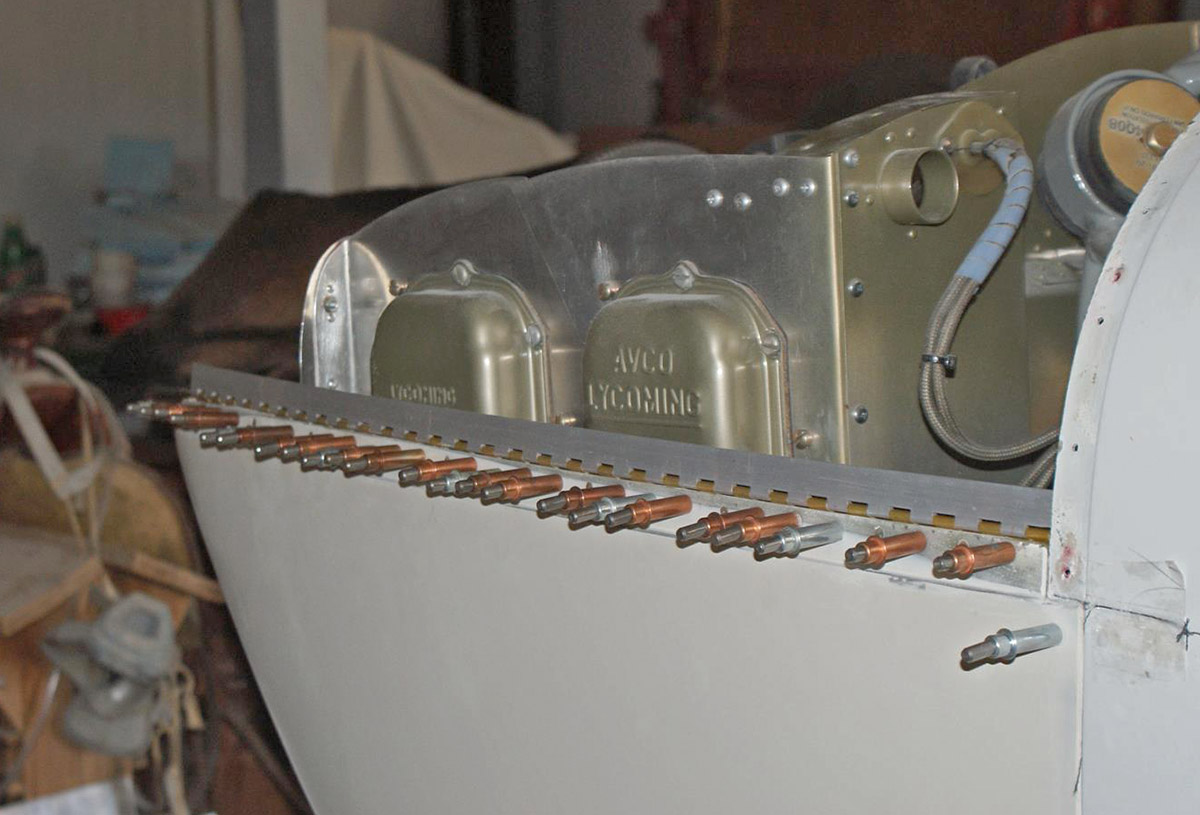 Be sure the buildup smoothly contacts the hinge flange so the hinge portion does not deform when riveting. 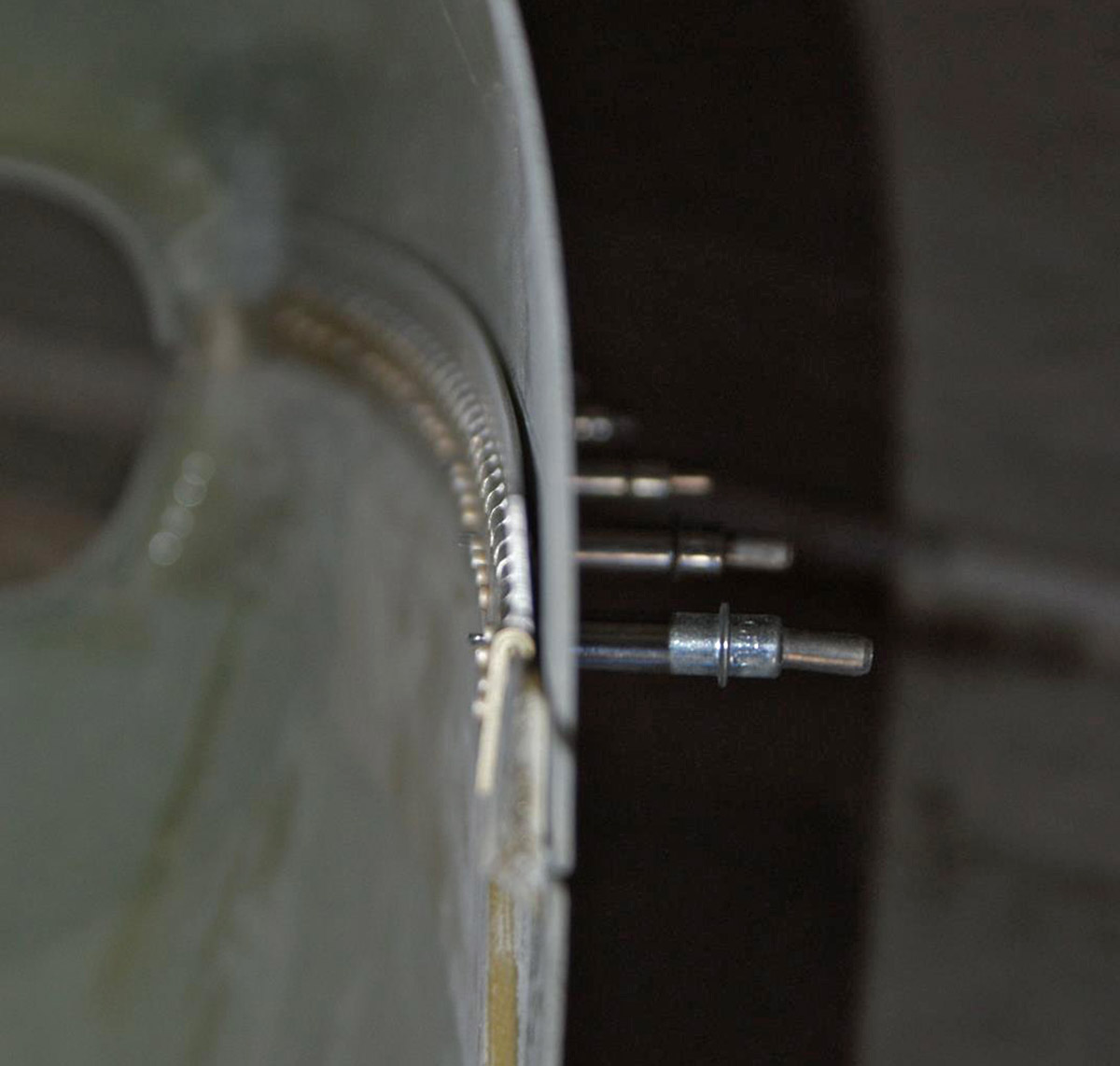 3. Because I wanted to insert the hinge pin from the cabin I also did an extra build up beneath the aft end of the hinge member sufficient to allow proper clearance for the hinge pin to clear the fuselage flange. 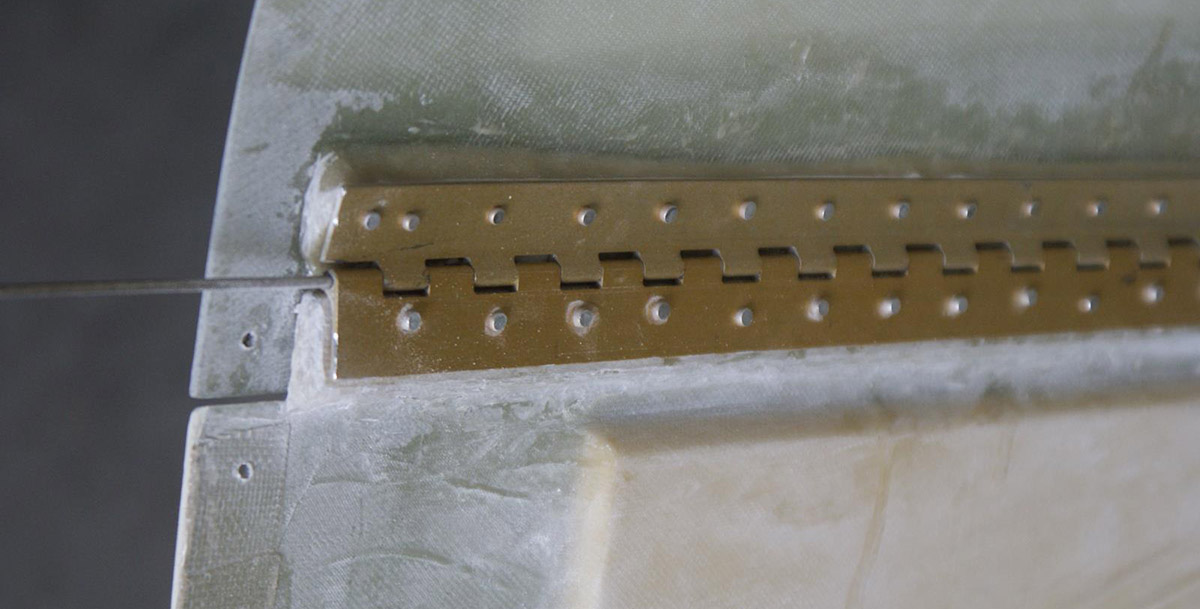 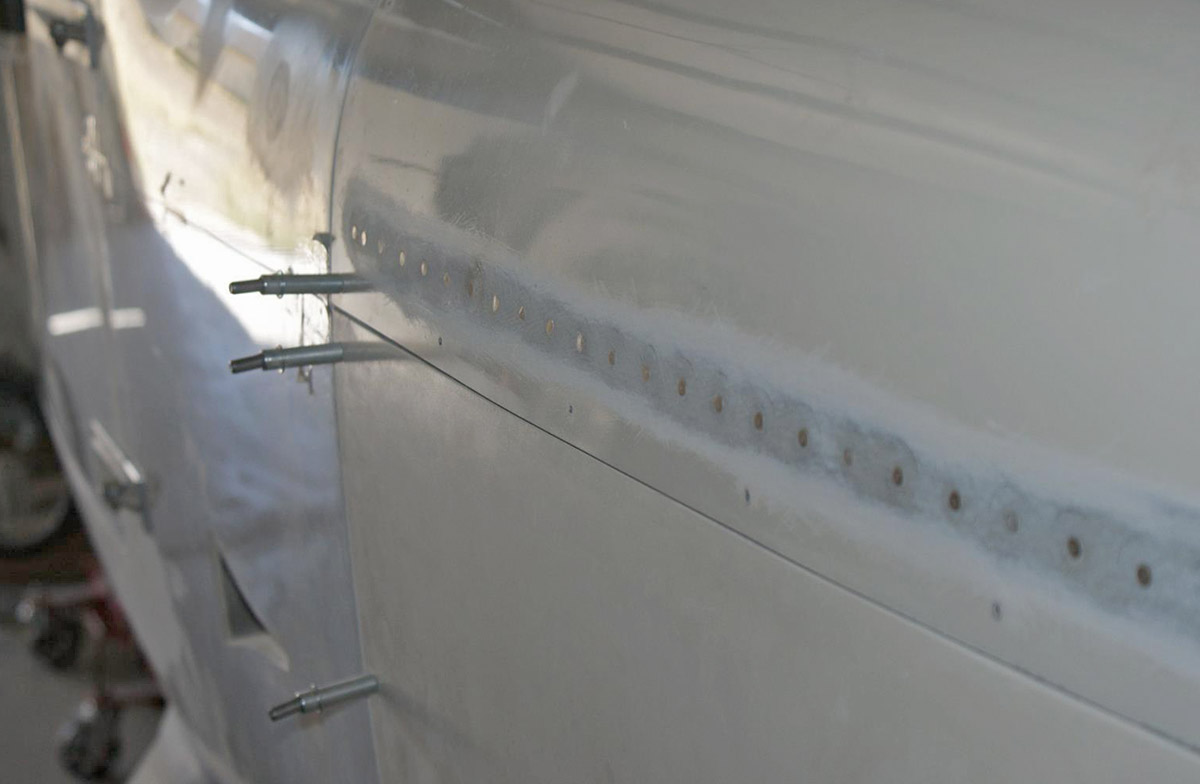 7. Finish riveting the lower hinge portion through the holes used to originally connect the cowl halves. 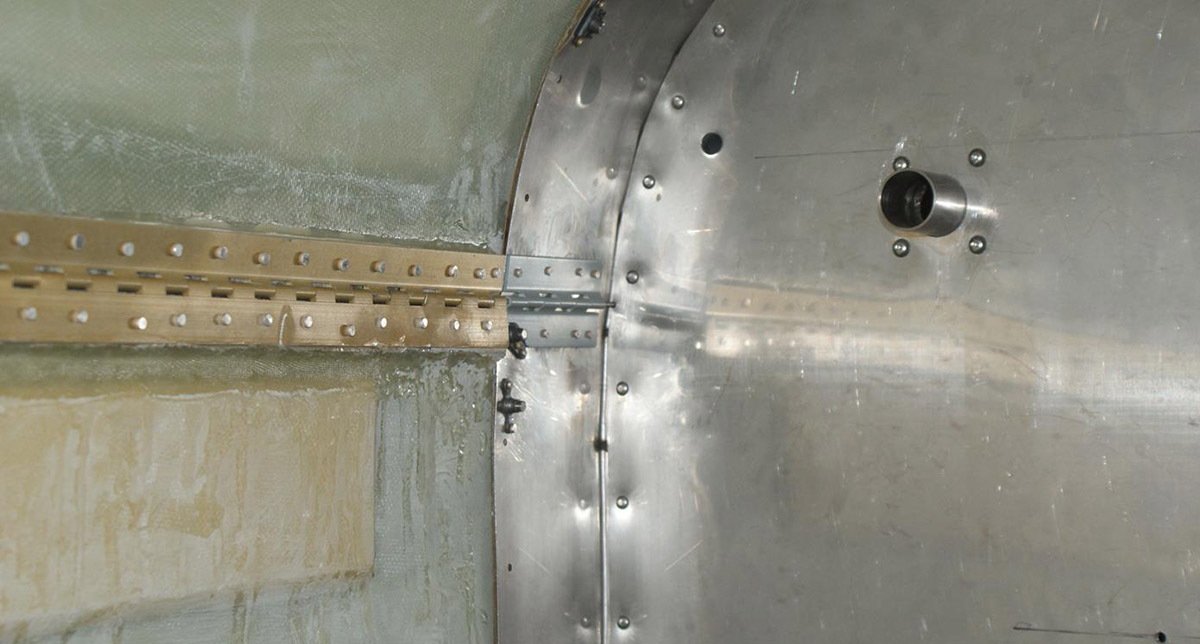 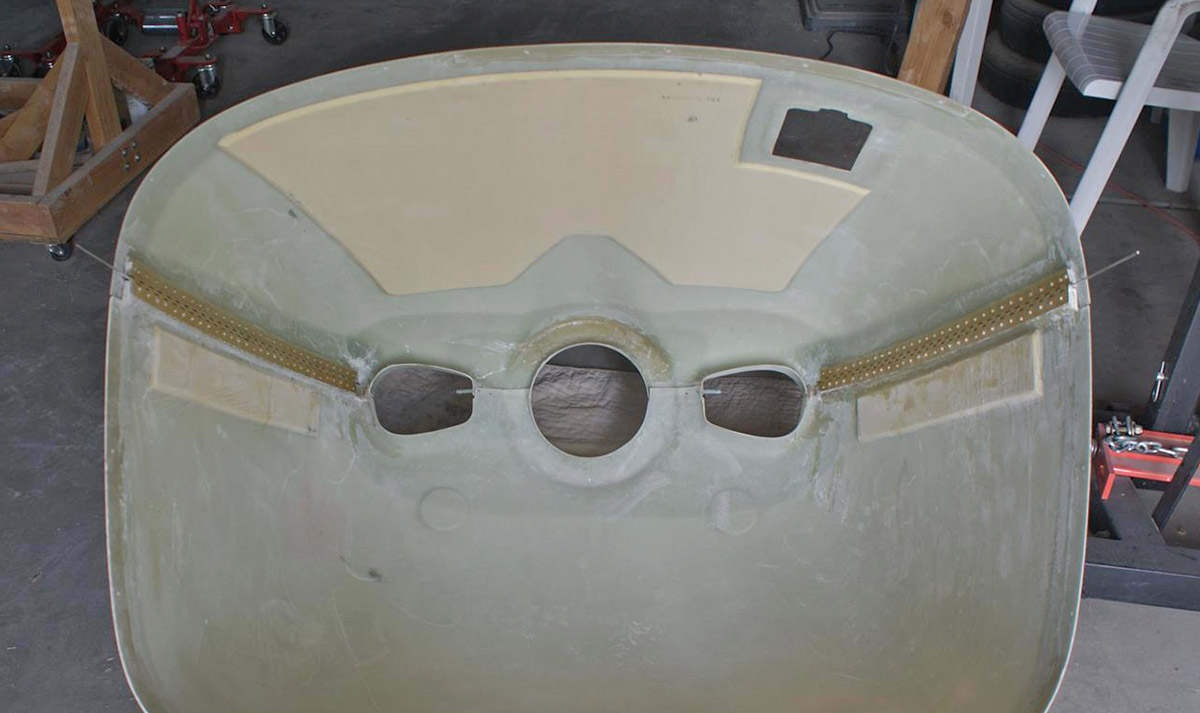 Mounting the hinge portions in this manner, I found that with the lower cowl portion mounted to the airframe, the upper cowl half could be set in place and the hinge knuckles could be engaged with some minor tapping. I did not have to file any portion of either hinge portion. The hinge pin was sharpened to a point, inserted into a drill and spun completely into place from the cabin by applying only slight pressure to the pin, that is enough to bow the pin but not bend it. I don’t know if I was lucky or by not deforming the hinge segments in any way when mounting them, the only resistance was the friction from the curvature of mounting. 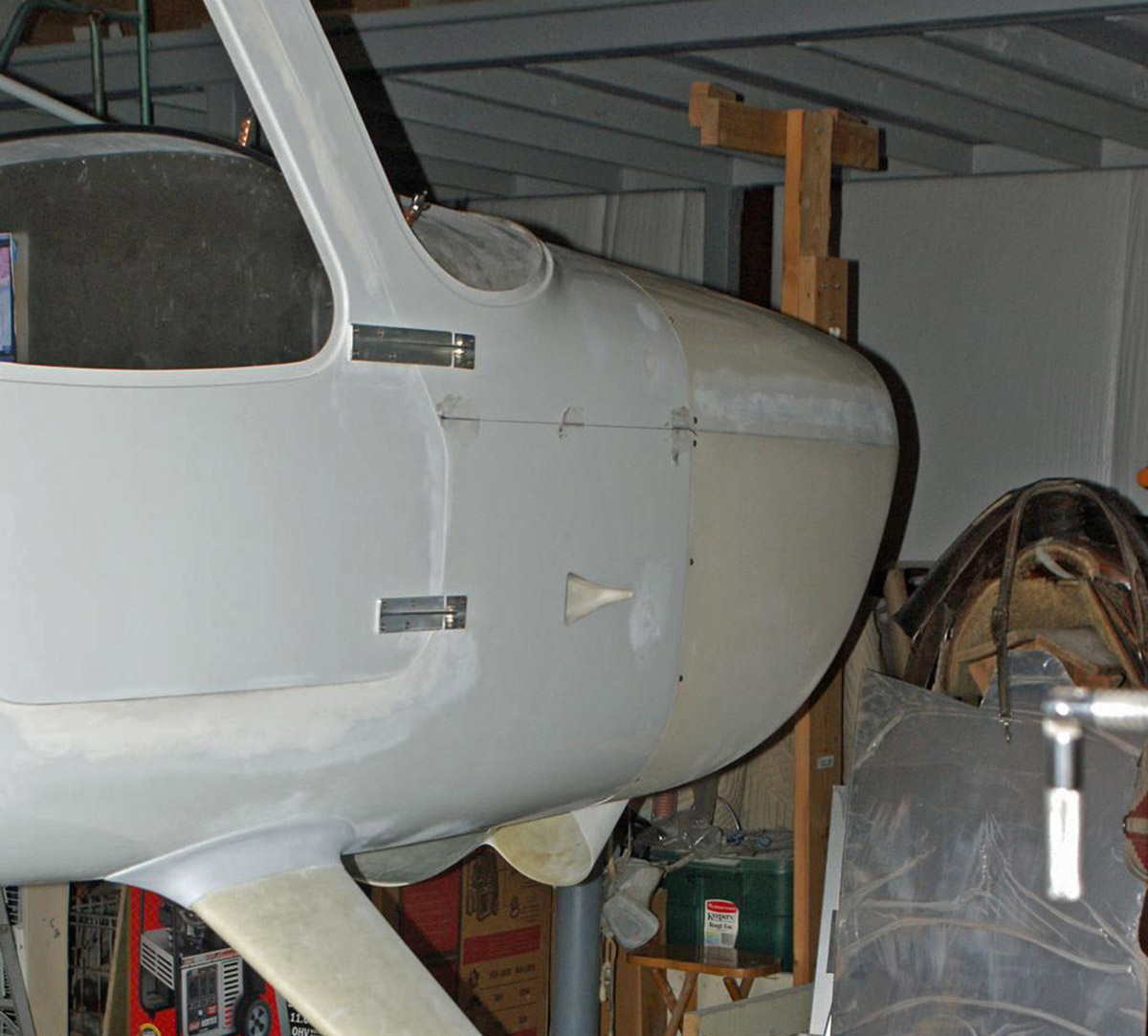