Water leaks and noise have been things I’ve wanted to solve for a long time. Once my Sportsman was painted, I taped some simple weather strip to the wing roots to serve as a backstop or block beneath the wing to fuselage gap. With the wings folded into position for good, I taped the wing root gaps as well as the hatch cover gaps with the same procedure used for taping the window edges. 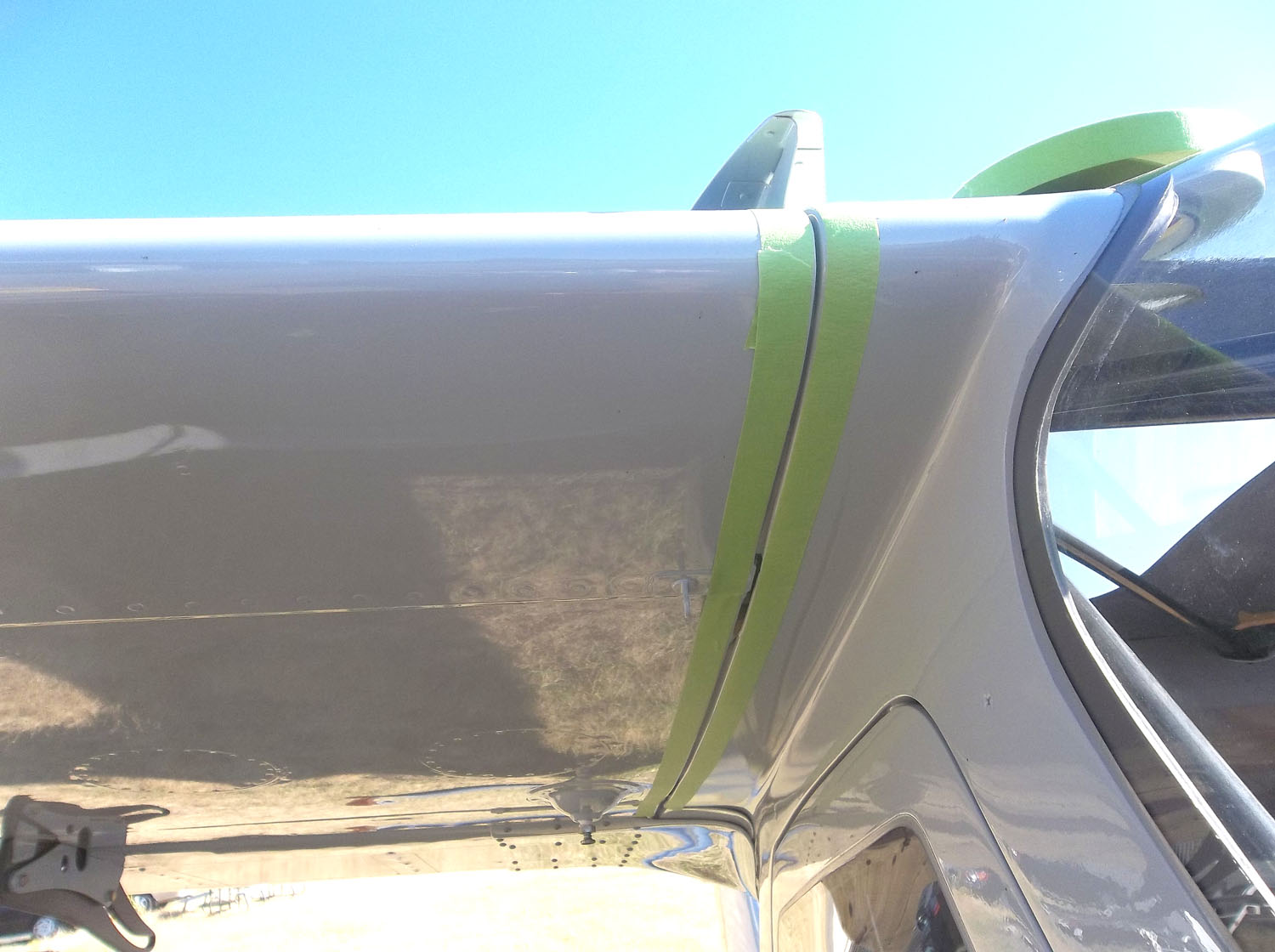 Then I squirted a bead of gray Silpruf in the gaps and simply wiped it with a small tongue depressor.

When sealing the hatch cover screws, I don’t seal the threads, I just wipe some Silpruf under the countersunk washer as well as under the head of the screw. Be careful to avoid getting Silpruf (silicone) wiped all over the edges of the hatch covers during the fastener sealing. It’s like waxing the surface and the tape won’t stick. 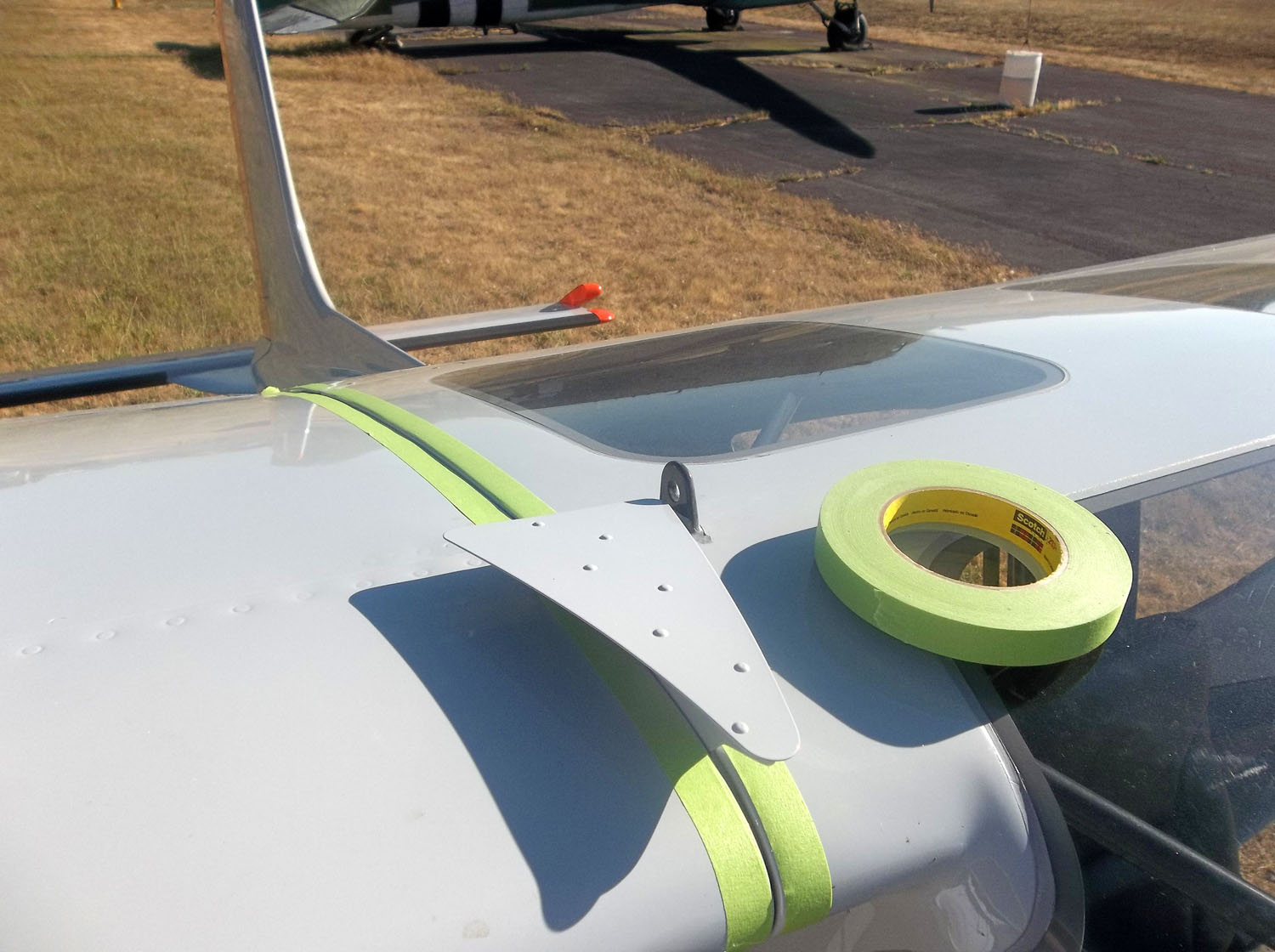 No need to tape around the screws. Just wipe up any excess that squeezes out with a clean rag.

I don’t intend to fold my wings unless some reason comes up. If so, I will take a thin razor blade and cut the seal. I might just fold it back if it is a clean cut, or remove the silpruf and reapply more.

This technique is so easy to do. I was done in two hours. It is practically invisible with the gray wings.

I carefully taped around the delta wings and wiped a small, tight radius in these corners with my finger. 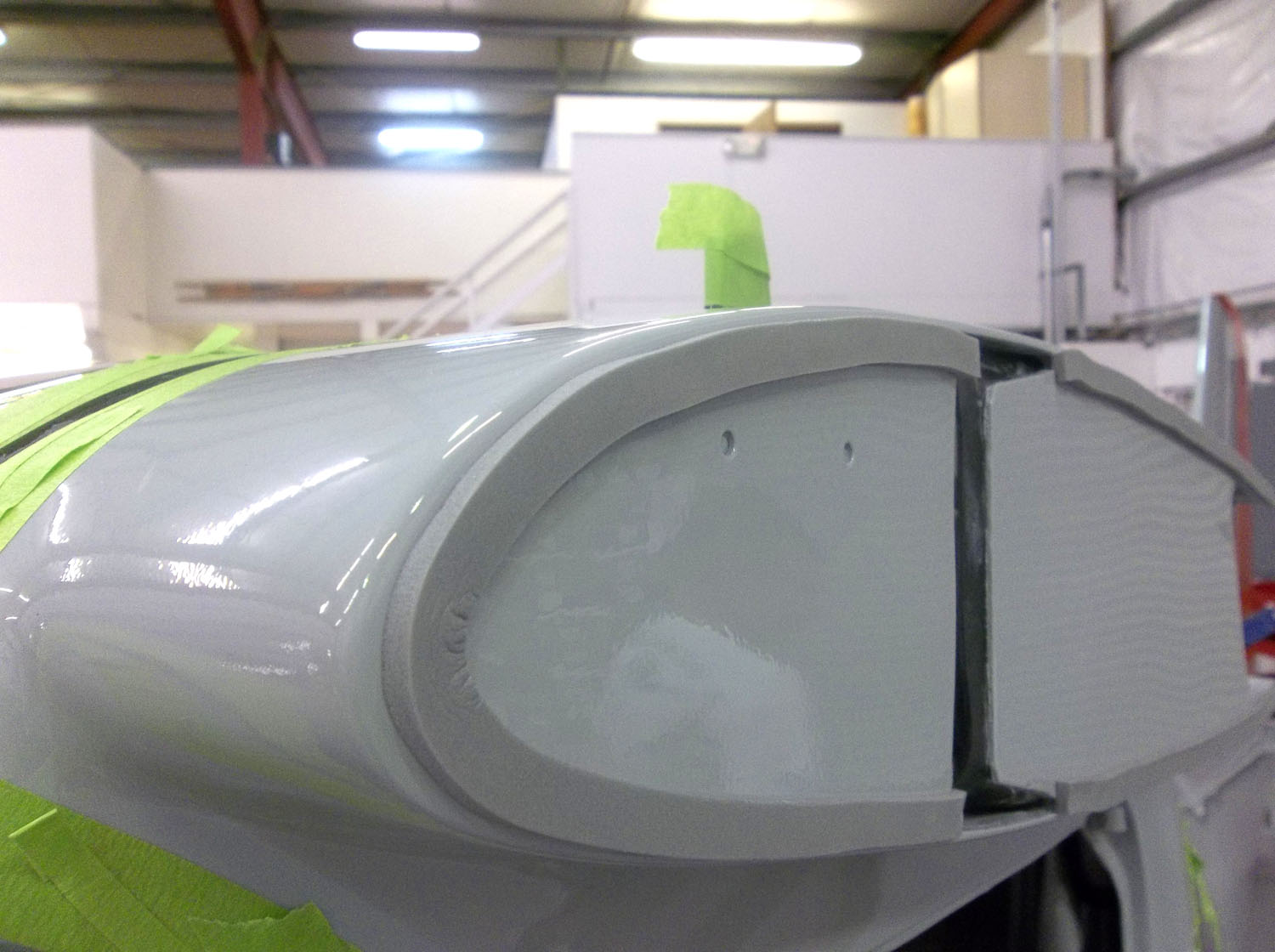 To prevent Silpruf from sticking to a surface in the past I’ve tried waxing and greasing the fuselage when we do a radius wipe around the top of the gear fairings, but I didn’t do that here. It’s amazing, but the Silpruf still seems to stick somewhat. It might work, but someone else will have to give it a swing (get it?). Ha! 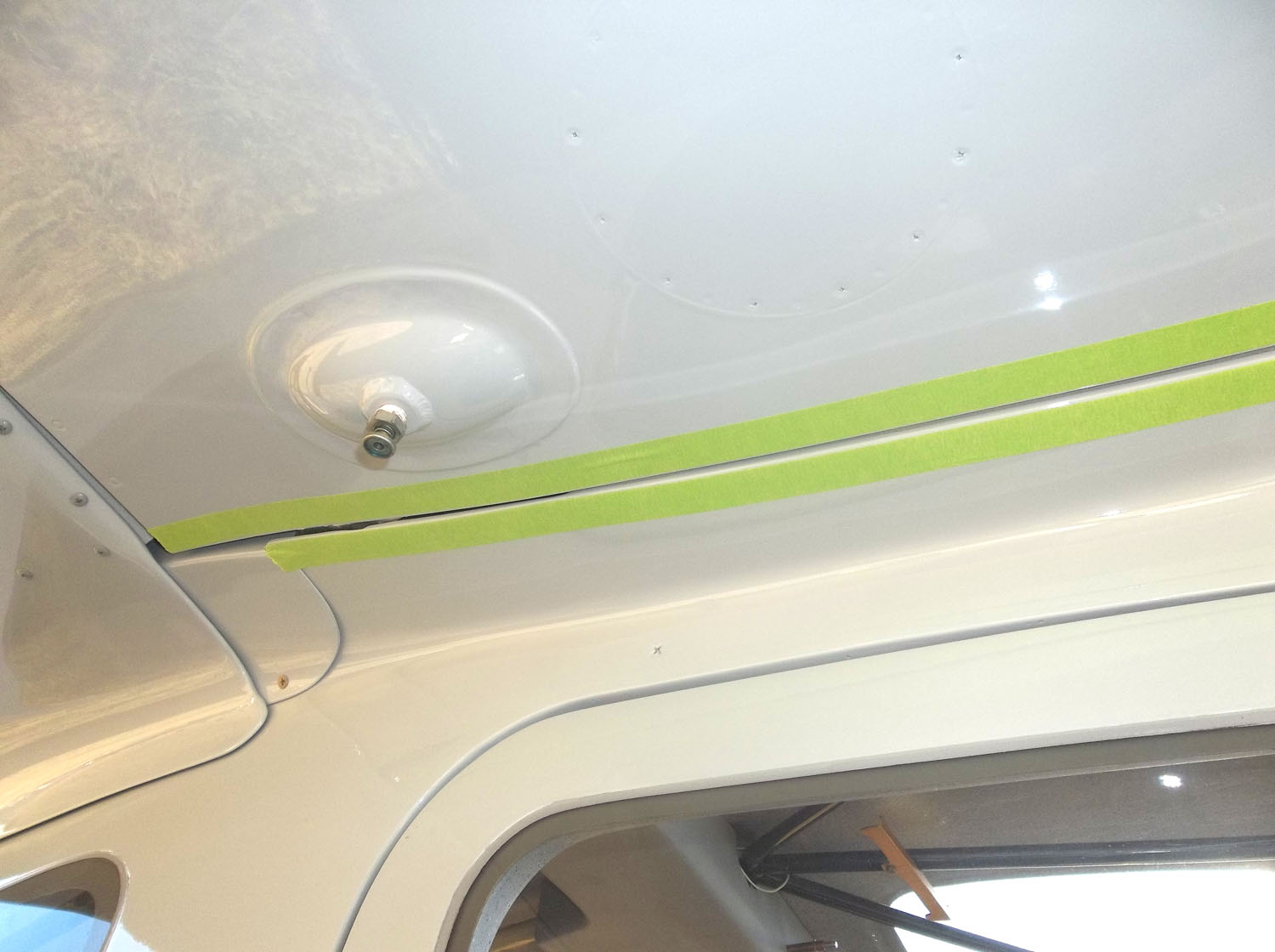 It worked fantastic. I didn’t get a single drop of water inside the plane. In fact, just before AirVenture began, we were setting up and a thunderstorm dumped heavy rain for 30 minutes. When the rain cleared up I opened my plane to a very dry cabin. There was a perceptible decrease in cabin noise in flight as well. 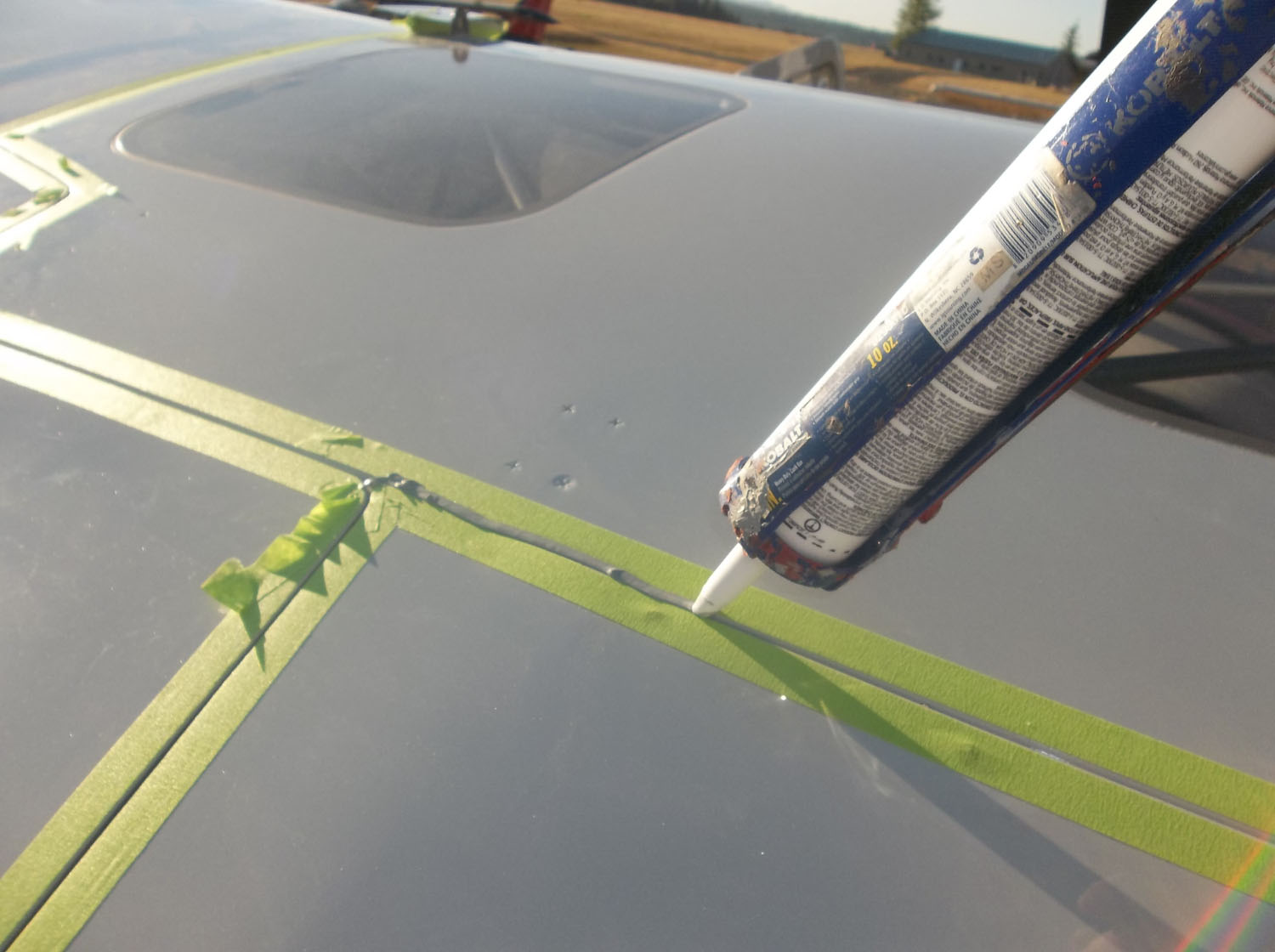 After we assemble planes when they return from the paint shop, we ask the customers how often they plan to fold the wings. If the answer is never or infrequently, we seal the wing roots and hatch covers along with Silpruf wipes on all the window edges. 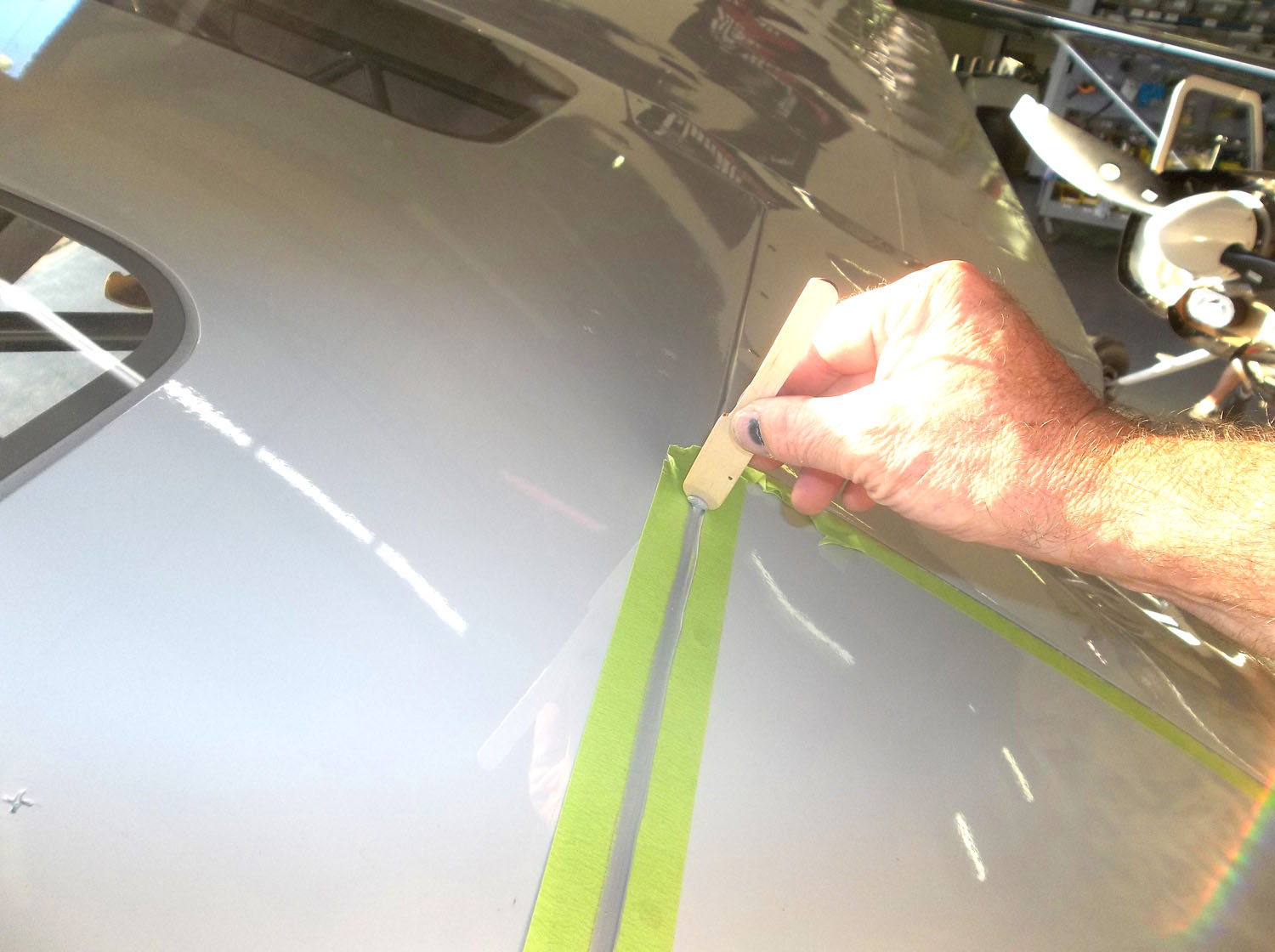 DO NOT Silpruf under the hatch covers on the flanges. There is way too much surface area and no way to cut the Silpruf bond. You will never get them off without destroying the hatches. 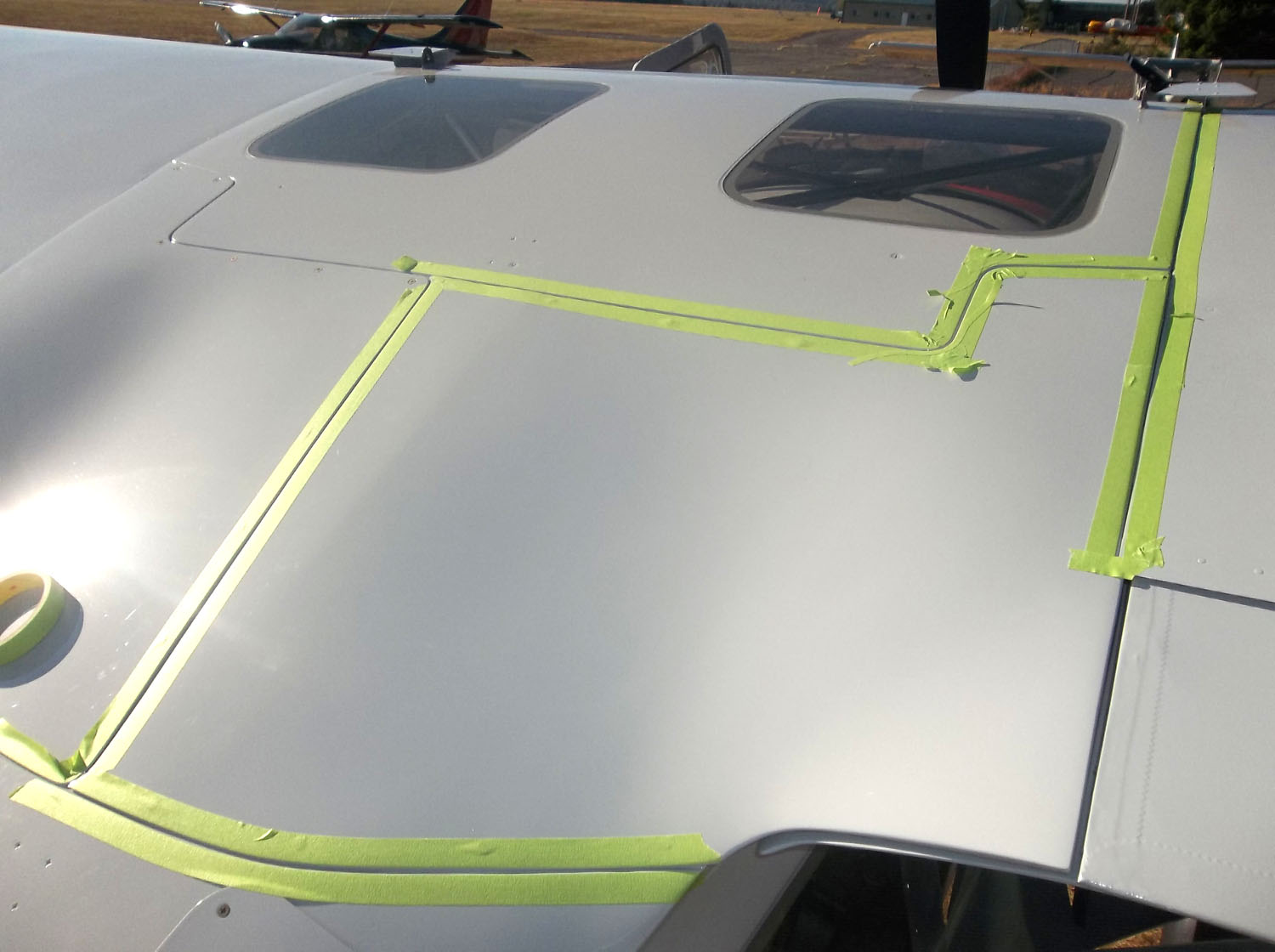 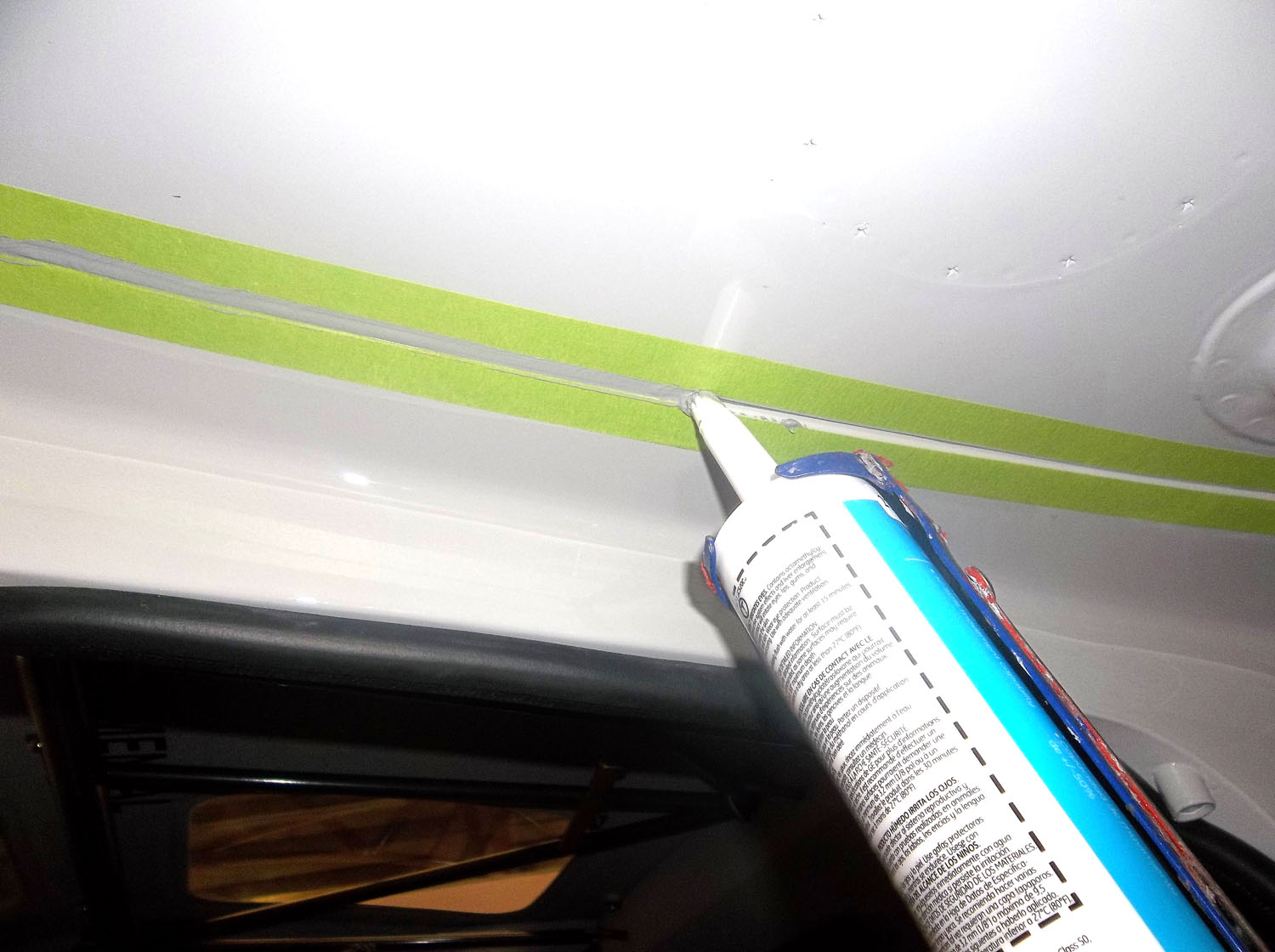