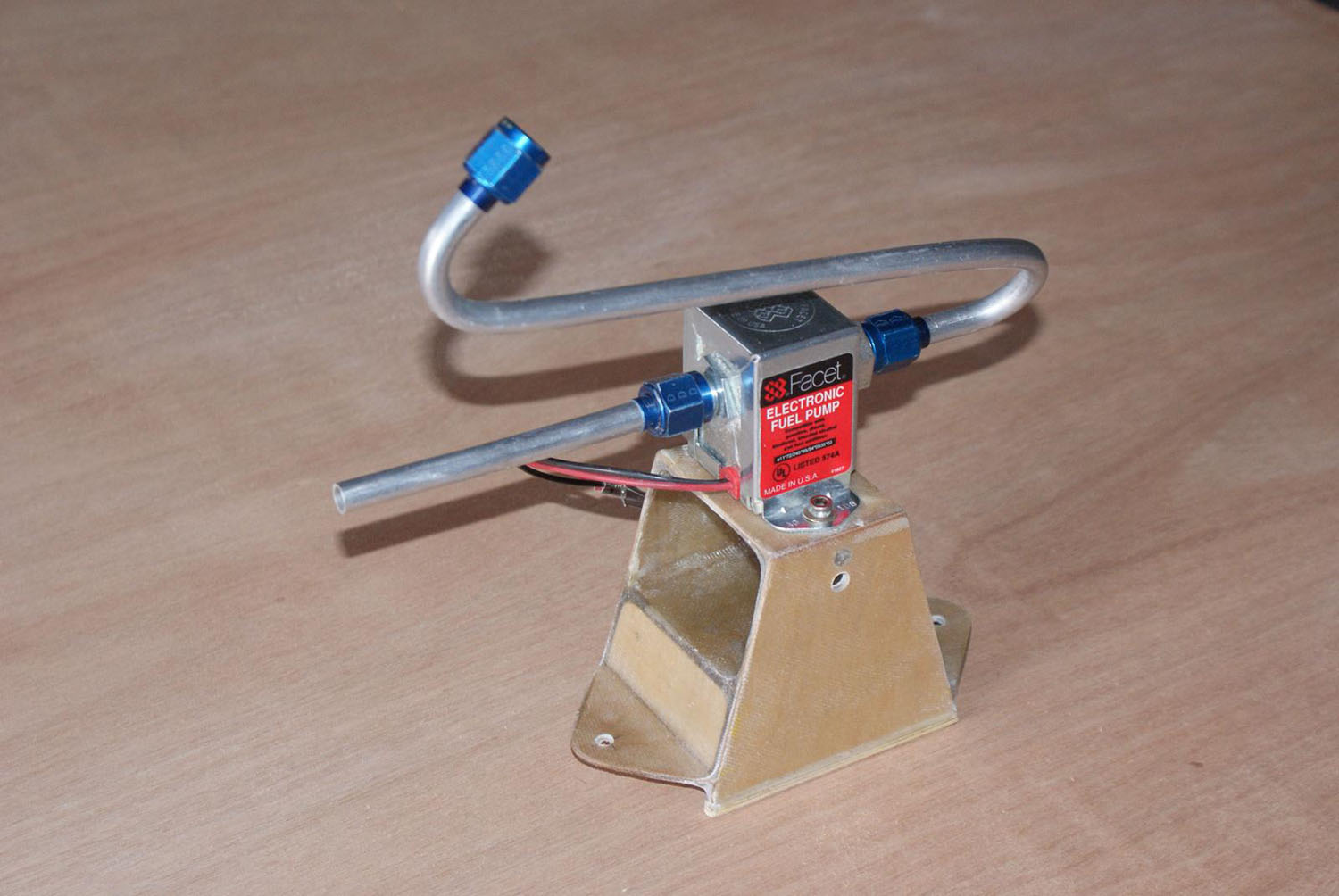 The old hands at aircraft building in my area impressed upon me that it was necessary to mount a boost pump, if using one, inside the firewall. I ended up using the non-check valve version of the Facet solid state pump.

I didn’t have much space and I ended up a bit handicapped as I had already constructed and mounted my Andair fuel selector on a mount over the center tunnel.

I finally came up with the design shown here. My biggest concern was avoiding low points. I decided that using the routing shown would work and avoid the rudder control cables but I had to figure a way to get the pump in the proper position. I constructed a stand using 3-ply 3/32” plywood which I glued up and layered on each surface with 3 layers of cloth and resin for strength. I used nut plates to secure the pump flanges to the stand. I then attached a couple of screws to a couple squares of aluminum which I fiberglassed to the bottom of the fuselage for mounting points. Because of the location of the inlets for the fuel selector and the need to be able to remove the covers from the tunnel I routed the left and right tank lines to the forward portion of the tunnel where I had to use unions to provide clearance for the tunnel cover removal. It’s a bit of a fuss to remove and reinstall the tunnel covers, but doable. 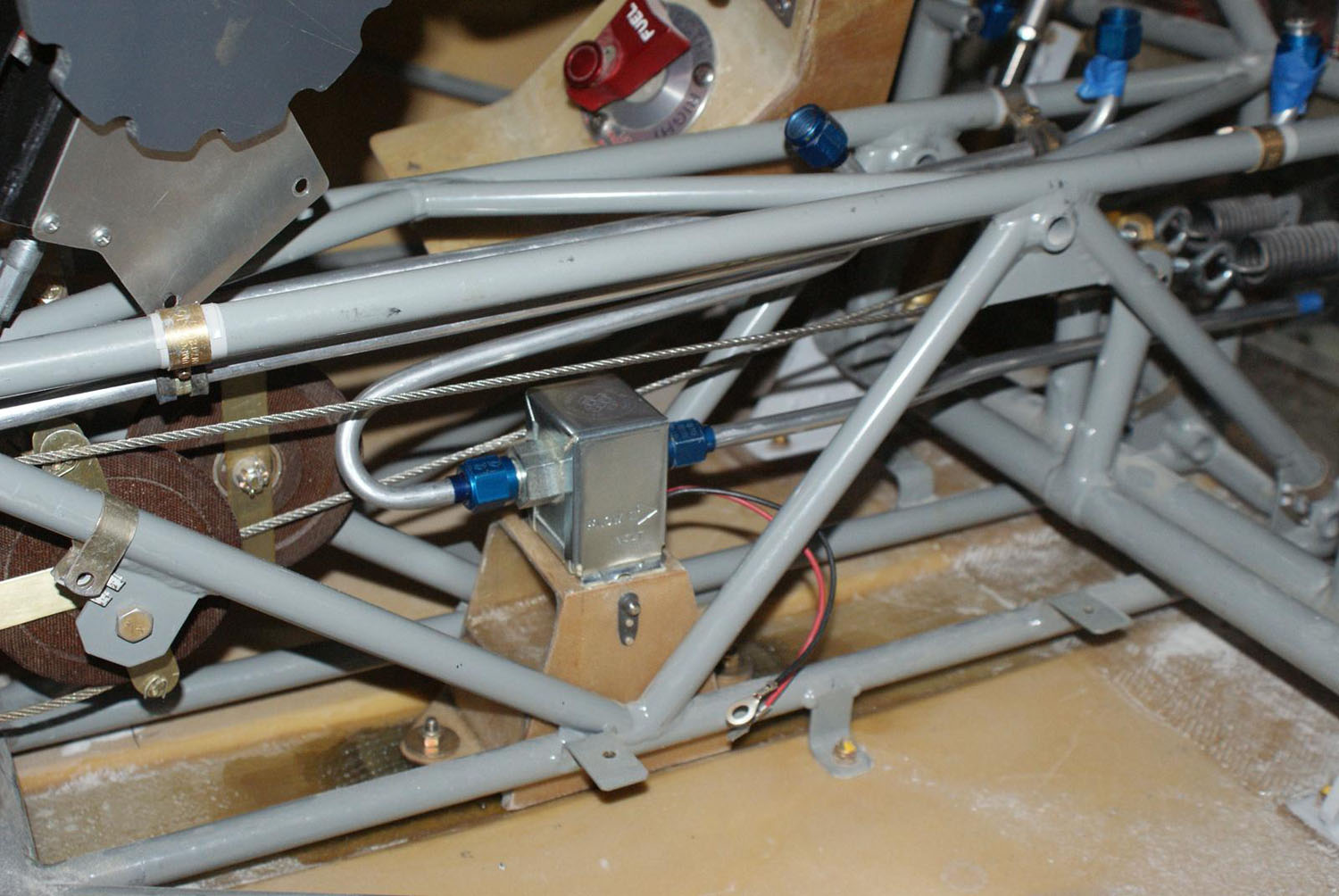 I have used foam in other areas but when deciding to mount the nut plates on the stand it seemed a more rigid wall would serve me better. I see no reason not to use foam instead of plywood. I had a supply of thin ply which can be cut with a razor knife just like foam and it is not appreciably heavier, particularly with such a small stand.

The image of the selector valve was taken before I had mounted the engine. I had to enlarge the opening in the tunnel cover to the size of the opening in the selector mount to be able to engage the AN fitting on the fuel line to be connected to the valve exit fitting. During this process, I’ve created a significant pile of S-shaped tubing failures until I managed to achieve the correct plumbing shape.