I flew with Al Sibley in his GlaStar, N40VX. We took some measurements to see how the elevator on his airplane faired with the horizontal stabilizer at various speeds. While our tests were far from comprehensive, the results may be of interest.

In brief, we found N40VX’s elevator to fair near cruise speed.

The relative AOI between wing and horizontal stabilizer was measured because that’s the angle that really matters and it’s easy to compare with other flying GlaStars. It was also used because we suspect that, despite the use of SHAI’s wing root jigs during the fuselage shell to cage fitting process, the ‘pitch attitude’ of the cage inside the shell will vary somewhat. (The jig is short relative to the whole fuselage so small cage pitch errors can become large effective waterline errors). Yet the waterline (and horizontal stabilizer AOI) are referenced to the shell and not the cage. I think the cage/shell fitting process should include checks for cage pitch (and yaw) alignment relative to the tailcone joggle (using the full fuselage length) prior to drilling cage tab attach points. Then the builder could control which constraints were relaxed to attain the final cage/shell fit and be more confident of an accurate waterline. 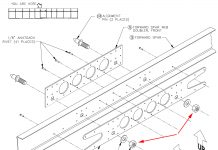 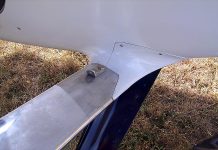 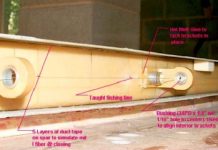