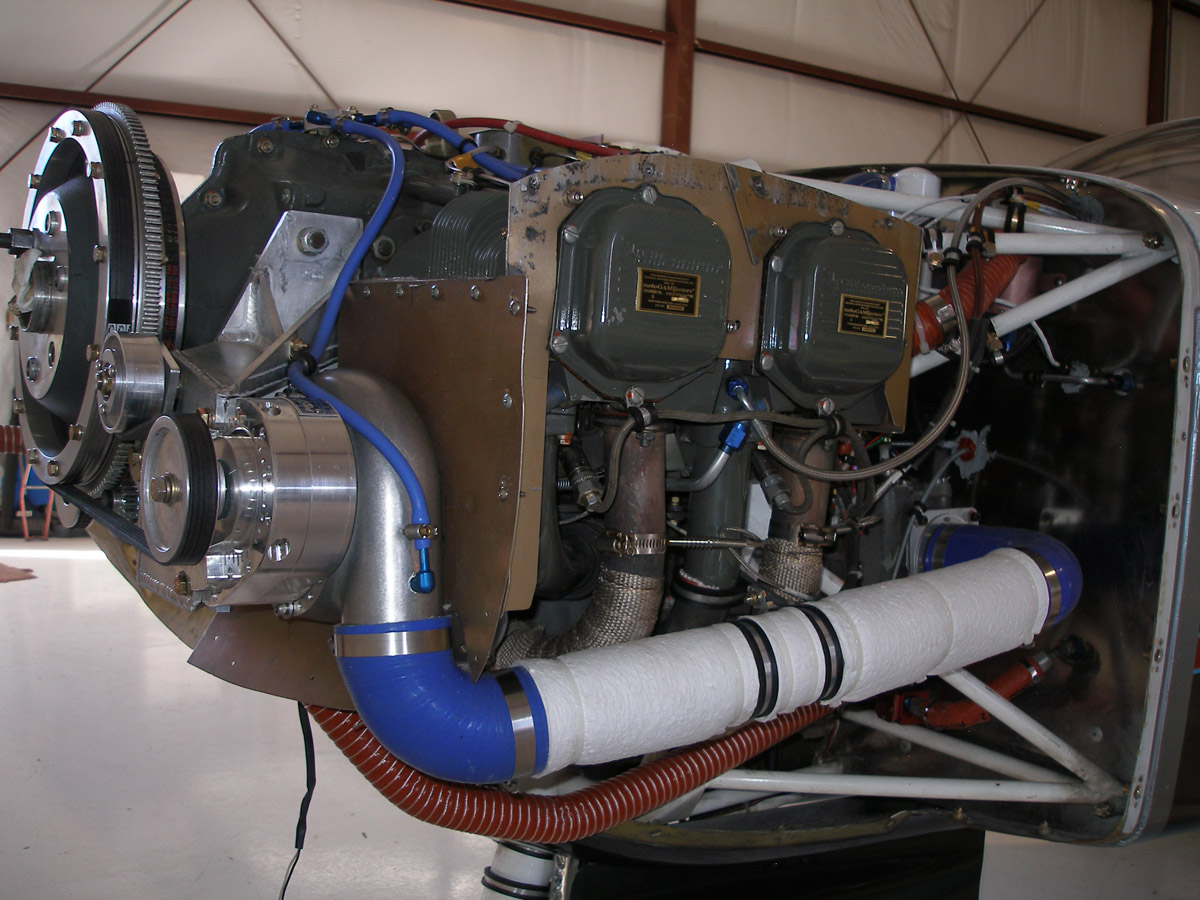 The installation for the supercharger was developed by Rod Sage at Forced Aeromotive Technologies and Greg Read.

The induction air filter and its components are removed to make room for new parts.

A carbon-fiber airbox is attached to the lower cowling which houses a K&N filter and ducts air to the supercharger airbox. In my aircraft the airbox was in the way of the induction air line and so it was replaced along with the alternate air door, which in my plane had all kinds of issues. The supercharger airbox gets an alternate air valve, which is operated by cable from the cockpit.

The main drive pulley is attached to the ring gear assembly and the supercharger mounted to the engine case. A manually adjusted idler pulley maintains belt tension on the five-groove belt.

Turbo-style GAMI injectors are installed to help atomize fuel. The supercharger supplies air to the injectors via an airblock mounted on top of the engine case.

The supercharger is a self-oiling unit so there are no oil lines or fittings, or possibility of contamination of engine or supercharger lubricant. Its impeller RPM at takeoff is approximately half the design RPM which results in cool supercharger and induction temperatures. The system will maintain sea level manifold pressure to approximately 8-9,000’. The critical altitude of 8-9,000’ can be changed by altering the size of the belt driven wheels on the supercharger.

The left front of the cowling needed to be changed to accommodate the induction air line going to the back of the engine, which was done with carbon fiber—it was done using a long taper so it is barley noticeable.

I have noticed the greatest improvement in climb rate above 12,500 where it was a struggle, especially with my wife in the plane. Now it just climbs right on up, though, it doesn’t fly as well at altitudes above 18,000 due to the short wingspan, even with the extensions.