From the “No Harm in Double Checking” File comes a report on the peel strength of the DBM cloth used in the GlaStar fuselage seams. Tom confirms that we can all rest easy.

A couple months ago, there was some concern expressed on the GlaStarNet e-mail newsgroup about the peel strength of the bond between the DBM cloth and the fuselage halves. 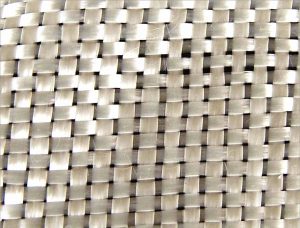 Naturally, the strength of all the materials in the GlaStar fuselage had been thoroughly investigated in the design stage, but in order to put everyone’s minds (including my own) at ease, I ran a series of tests on the secondary bonding characteristics of the DBM. The short answer is that surface preparation of the fuselage shells is the key to achieving good DBM bonds, but virtually any surface prep is sufficient.

In the tests, pairs of test panels of various conditions were bonded together using a single layer of DBM over a butt joint, just like the fuselage seams. After curing, I called upon Steve Minor’s weld shop crew to help me conduct some destructive testing: one panel of each pair was clamped in a bench vise and the other panel was folded, spindled and mutilated until it separated from its mate. An acceptable bond was one in which the failure occurred in the DBM cloth itself; in an unacceptable bond, the DBM peeled away from the test panels intact.

(An aside worth mentioning is that peel strength is only one way of assessing the strength of a joint, and it is almost always much lower than, for example, the shear or tensile strength. In the case of the GlaStar fuselage seam, the main loads (which are not particularly high in any case) are shear loads.) In the choice of test panels, I attempted to control for a variety of factors that might affect secondary bond strength. First, I used panels of different ages. The age of the composites is important because vinyl ester resin actually continues to cure for as much as a year after the initial catalysis. Therefore, fuselage shells of very recent manufacture may very likely arrive in the builder’s shop in a less-than-fully-cured state.

Strong secondary bonds are much easier to achieve with these “green” laminates than with those that are fully and completely cured.

A second factor controlled for in the tests was the degree of surface contamination of the laminates. For many builders, the GlaStar fuselage shells may sit around for months or even years in environments that may contaminate the surfaces with airborne dirt and oils. The presence of these contaminants can have a serious negative affect on bond strength.

Finally, the method of surface prep the builder uses can make a significant difference, so the tests attempted to replicate a range of different treatments from the casual to the obsessive.

All acetone wipes were applied with a clean cloth, and all sanding was done with 80-grit sandpaper.

The results of the tests are presented below. As can be seen, only two cases produced unacceptable bonds, and both these cases involved old, contaminated test panels and absolutely minimal surface prep. In other words, one would have to be quite negligent not to achieve an acceptable bond. Following the recommended procedures called out in the Assembly Manual (Section II: Tools and Techniques, Page 52) will assure good results.