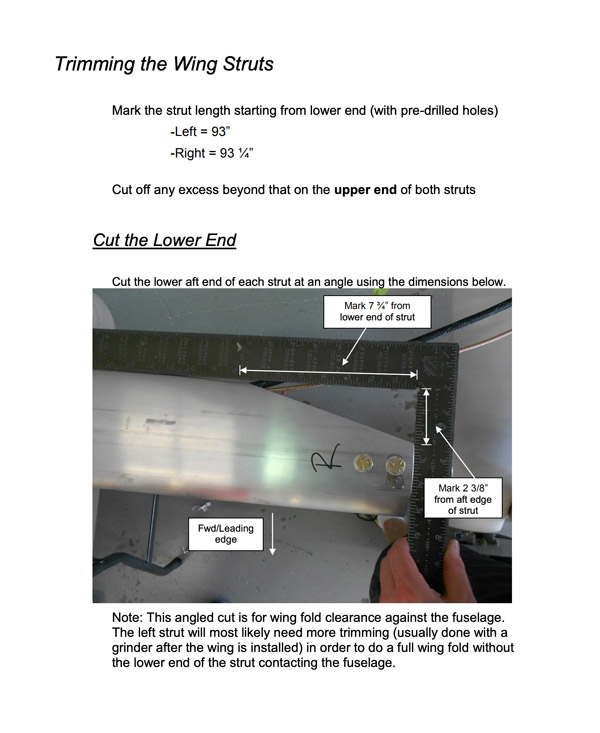 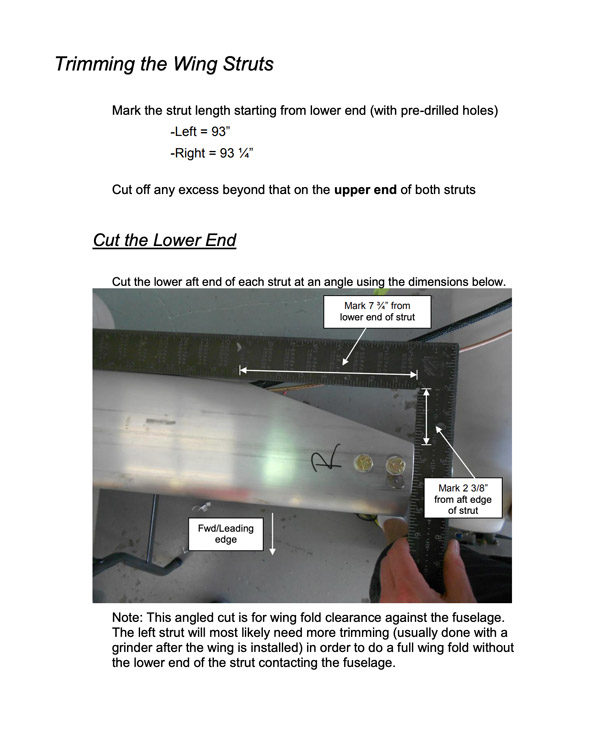 Important: The length of the struts and the angles to be cut — they affect how well the drilling jig fits. The fuselage must be level and secured in a way that it won’t shift during the setup and drilling process. Keep the jigs pressed up against the strut while drilling. A strap can be wrapped around the strut and the drilling jig. The goal is two-fold: keep the jig from wobbling around while drilling, as well as to keep the drill bit from grabbing the jig and pulling it away from the strut. You’ll have to be careful as you start drilling to keep as straight as possible.

The TWTT program uses a jig in which the fuselage rests and is bolted to prevent any change while installing wings and other structures.

More info in the forum.